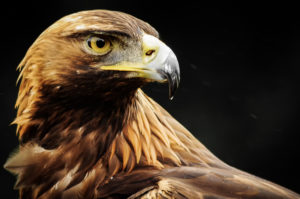 EagleTree Capital is back in the market with a sixth flagship buyout offering, as private equity GPs contend with new challenges to fundraising.

If it reaches the cap, Fund VI will easily be EagleTree’s largest vehicle to date, almost twice the size of its predecessor, closed two years ago at more than $1.1 billion. The bigger target and cap owe to the strong track record of the 2016-vintage Fund IV, sources said.

Fundraising has become tougher for PE GPs of all types and sizes. Proliferating fund products in a crowded marketplace are meeting with reduced supply due to cash-strapped LPs. The result appears to be a slower pace of fundraising, at least compared with last year’s robust activity.

In the first half of 2022, PE fundraising in North America totaled about $255 billion, according to preliminary Buyouts data, down 18 percent from a year earlier.

EagleTree’s Fund VI seems to be persevering in this environment, already holding a substantial first closing at the end of July. It brought in $509 million, sources said, nearly one-third of the target.

EagleTree was set up in 2015 by its leadership team, including co-managing partners Anup Bagaria and George Majoros. It was spun out of Wasserstein & Co, formed in 2001, when the merchant banking group of Wasserstein Perella & Co became an independent entity.

The firm’s strategy is to buy mostly control stakes in mid-market companies in media and business services, consumer, and water and specialty industrial sectors. Preferred opportunities are category leaders, businesses with a complex or under-optimized story, and businesses with multiple growth drivers, its ADV filings said. Sellers are often entrepreneurs and corporate parents.

Andronaco was one of five investments made in 2021. Among the others were The Channel Company, a business services provider to the IT sector acquired from Stone-Goff Partners, and Lignetics, a consumer-focused wood pellet maker acquired from Taglich Private Equity and Mill Road Capital.

EagleTree was the largest investor in the 2020-vintage Fund V. This was enabled by a structured financing from Carlyle’s AlpInvest Partners and Alberta Teachers’ Retirement Fund Board.

Last October, the firm said it secured a minority investment from Investcorp Strategic Capital Group, the GP stakes arm of Investcorp. The deal was intended to strengthen EagleTree’s investment platform and accelerate its growth.

EagleTree had managed assets of $4.1 billion at the end of December. It declined to provide a comment on this story.