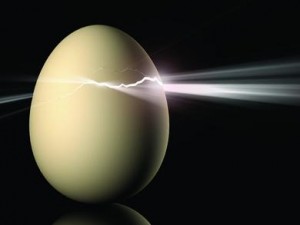 The last two years have seen an explosion of investors emerge in places that once upon a time weren’t regarded as natural homes of finance. Now, following years of international money pouring into developing markets, domestic investors are aping their foreign counterparts – and not just on their own doorsteps.

Casting his eye around the globe, Andre Jaeggi, managing director of Swiss fund-of-funds, acknowledges the growing appetite of emerging markets LPs. “Middle East investors are increasingly active, and whilst the Chinese invest domestically, they are developing a taste for Africa. Added to these are Russians, who are active everywhere and deploying increasingly large amounts.”

Roger Leeds of Jon Hopkins University explains the sudden growth: “Legal changes in many emerging markets are helping mobilize funds into private equity. As legal restrictions ease on domestic institutional investors, there is usually a significant increase in PE investment. Pension fund money, even in small amounts, has a dramatic impact”.

One of the leading emerging markets for private equity, and one which has been racking up the column inches of trade magazines (including this one) for the last three years, is China.

Shaun Rein, managing director of the China Market Research Group, says: “Local funds are run by the Chinese, financed in Renminbi and keep their profits at home. Many focus on the regions they are based in, and to exit they are listing companies on the mainland exchange.”

Examples of local funds include China Capital, which has US$600m of funds under management, and Hony Capital, sponsored by Legend Holdings, the parent company of computer giant Lenovo.

Sources say that domestic funds have an inside edge on foreign firms because they can move rapidly, are not bound by strict due diligence requirements, and are not worried about currency controls, taxation, and exits.

And it is not just institutional investors that are putting money into private equity. Rein explained: “Wealthy individuals have not been significantly moving cash into PE, but with the stock market stalling and real estate weakening, it’s just a question of time”.

A major local player is Fang Fenglei, who has raised US$2bn in collaboration with Singapore sovereign wealth fund Temasek and foreign investors. “He is very well connected and can access sectors considered strategically sensitive,” Rein notes.

With regard to Chinese investors exporting money, no picture is complete without remembering the China Investment Corporation (CIC) sovereign wealth fund. With a reported US$200bn under management, it has been active internationally, investing in a passive fashion with small stakes in Blackstone, Morgan Stanley, Freddie Mac and Fannie Mae, and more recently UK insurer and pension company Prudential.

“There are very few ‘fund-of-funds’ in India, and individuals tend to invest in real estate and family controlled businesses. A rare exception is The Indian Angel Network, a syndicate of over 80 angel investors eyeing start-ups here and overseas,” said Ranjit Shastri Executive Director of Indian Venture Capital Association (IVCA).

The director admitted some wealthy individuals and the top 10 businesses in the country are “slowly investing at least a small portion of their assets in local private equity”.

Their slow uptake of the industry is because Indian investors are risk-averse value buyers, asking hard questions given their regional presence, and usually find valuations hard to justify, explained Anil Kumar, managing director of Virtus Global Partners. In addition, Indian families are reluctant to cede management control of businesses.

The majority of PE and VC funds in India are technically foreign, often channelled through Mauritius, the IVCA director said. “The local industry has largely been exported to Mauritius. Funds prefer to be based outside India to avoid regulatory uncertainty and tax issues,” Shastri added. He underlined that home-grown insurance companies, banks, and securities firms are starting to dip their toes in the private equity water.

Underleveraged Indian companies, fuelled by rising profitability, have been on a buying spree in the EU, UK and Asia to become global players – pharmaceutical group Dr Reddy is arguably the best known example. Kumar added: “Several overseas acquisitions are funded by a private equity sponsor. This increases Indian portfolio companies’ valuations for two reasons: leveraging low-cost Indian infrastructure to serve a global market boosts profit margins; and secondly, they are able to access technology and expertise to give them a sustainable competitive advantage”.

Prominent institutional investors are government agency Andhra Pradesh Industrial Development Corporation, which has US$960m invested, and the corporate investor IGFC, which has a US$600m allocation, according to London-based data provider Preqin.

Middle East petrodollar wealth is creating a pool of Islamic capital being channelled into private equity investments within the local region, and broader Asia. Both governments and Gulf billionaires are PE contributors.

In a plug for his own firm, Bibi said that Shuaa Partners is a prominent example of an established local firm. It is Dubai-based and has three funds with close to US$500m in assets. Its Saudi affiliate is raising a US$533m Shariah-compliant hospitality fund. Shuaa, a unit of Dubai listed Shuaa Capital, invests primarily in the GCC, the Levant and Egypt.

Bibi explained that the Middle East has always been involved in private equity, particularly high net worth individuals and prominent families. “More money is now being contributed to local firms”.

The executive said that in the last five years, private equity has been “attracting more attention and is becoming more institutionalised as local firms grow and become more active”.

Unlike the Middle East, Latin America has never had the same sort of wealth possessed by Middle Eastern governments, despite its oil exports. Private equity in the region has never taken root there in any significant sense, but post-2003, there are signs of a market developing, particularly in Brazil.

South Africa is the home of African private equity, a base for funds that invest across the continent, as well as closer to home.

Sean McPhee, an Ernst & Young director in Johannesburg, said funds have a “significant focus on other emerging markets due to high return rates. Target countries include Nigeria, Angola, DRC and Zambia, given their relative investment security”.

McPhee said that individuals don’t have direct exposure to PE funds. “Local funds have been raised from funds-of-funds, pensions and endowments, insurance companies, banks, corporate, a few high net worth individuals and the Government”.

The Black Economic Empowerment (BEE) laws introduced in 2003 have had a significant impact in the establishment of the private equity market in South Africa. “Established funds have introduced black shareholders and there has been an emergence of other ‘black’ PE companies like AMB Private Equity, Kagiso Ventures, Lereko Metier, and Medu Capital”.

J-P Fourie, executive officer of the SAVCA (South African Venture Capital Association) said: “There is a huge symbiosis between BEE and PE – each one has facilitated and driven the other. But VC investments may have suffered because of this.”

McPhee added that “pension funds are increasing allocations, even if they can’t contribute more than 5% of their portfolio. There is also a shortage of listed blue chips increasingly attracted to private equity.

Adveq’s Jaeggi said: “We are beginning to see some pension funds and insurance companies from Central and Eastern Europe (CEE) investing in unlisted companies. They deploy limited amounts, and prefer mainstream private equity funds and fund-of-funds.

“Most CEE countries have some holding companies and banks that are active in smaller end deals and minor fund-of-funds investments,” says Armando D’Amico, managing partner of placement agent Acanthus.

The Russian PE landscape is dominated by a few domestic firms financing minority growth transactions, even if buyouts are growing.

Leeds said: “Russia attracts a lot of PE and a solid chunk of this may be from what many describe as ‘oligarchs’. Individuals provide most of the domestic private equity money”.

Funds often come across competition for deals from wealthy individuals that benefited from the 1990s privatisations.

Recent developments in Russia, in particular fears over a new Cold War, have thrown a shadow over a burgeoning private equity market with massive potential. It is too early to tell the whether strident resource nationalism, growing militarism, and a lack of transparency are scaring investors off, but in times of economic recession, the last place investors want to have their money is in a politically unstable country.

Tip of the iceberg

Professor Leeds said: “The potential of private equity money coming from emerging markets is enormous, and we have only seen the tip of the iceberg”.

Companies operating in such countries often find it difficult to access financing. The banking system is often undeveloped and unused to lending to small-to-medium companies over the medium-to-long term, and the public equities and bond markets are often closed to home-grown businesses, so private equity, and local private equity, provides an alternative source of finance.

The impact of years of foreign investment, private equity or otherwise, has shown the way, and now it is emerging markets investors who are beginning to take an interest in private equity at home and abroad.