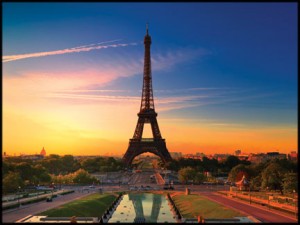 “My sense is that we are bottoming out,” said Marco De Benedetti, a managing director at The Carlyle Group and co-head of Carlyle European buyouts. The Washington, D.C., mega-firm is one of the most active U.S. sponsors operating in Europe. “That does not mean we expect any significant recovery anytime soon, but my sense is that the worst is over. We will have a bumpy road, it will be a volatile market, but things are improving.”

Smaller buyout shops also seem to be finding new reasons to be optimistic about the Continent. “We see Europe as a very attractive long-term market that is going through a short-term challenge,” said Aaron Davenport, a managing director at SK Capital Partners, a mid-market buyout shop with a focus on chemicals, materials and health care. “Those challenges are not insurmountable.”

For players in buyout deals, interest in European opportunities never really abated. In the decade from 2003 to 2012, U.S. financial sponsors ramped up from 97 deals in 2003 to 149 in 2004 and fairly consistently closed between 150 and 225 deals per year since, according to Thomson Reuters data (see the Market Insight section of this issue’s Market Intelligence section).

The only real exception was the financial crisis year of 2009, when only 90 deals closed. In the most recent year, deal activity dropped 4 percent, to 199 deals in 2012, compared to 207 the year before. Among those transactions with disclosed values, the drop was sharper, 27.7 percent, with an aggregate value of $16.2 billion last year compared to $22.4 billion in 2011.

To be sure, business conditions remain difficult across the Atlantic. At the Riverside Company, for example, the firm had hoped for 8 percent to 10 percent growth in earnings last year from its European portfolio companies. Instead, those companies actual suffered an earnings decline of 8 percent or so, said Béla Szigethy, co-CEO of the Cleveland-based firm. “The good news is that the tail end of 2012 did show some strength. Now as we look into 2013 from a portfolio company earnings standpoint, we are anticipating an increase, although maybe not a double-digit increase.”

In the five years since the financial crisis began in 2008, high technology has been the most fertile sector for buyout deals by U.S. sponsors in Europe with 156 transactions, or 18.7 percent of all deals, according to Thomson Reuters data. Consumer products and services ranked second, with 114 transactions, or 13.7 percent of the total. The only other sector to crack 10 percent share was industrial, the arena for 92 deals in the last five years, 11 percent of the total.

By far, the United Kingdom is the most popular nation in Europe for U.S. sponsors to do deals, with a total of 227 transactions in the last five years, or 33.2 percent of the total. Germany hosted 125 deals, or 15 percent, with France, Spain and the Netherlands rounding out the top five.

Hellman & Friedman and The Carlyle Group rounded out the top five, with investments of $4.4 billion in three deals and $4 billion in 22 deals, respectively.

While large U.S. buyout firms have recently said they would be more likely to do mega-deals relying on co-investments by their limited partners or strategics, rather than the club deals of the past undertaken with rivals, the largest European transactions of the past five years have involved club deal type arrangements.

For example, the largest single transaction of recent years was the $3.2 billion carveout of Xella International GmbH, a maker of construction materials, in August 2008 by a special-purpose vehicle formed by PAI Partners SA, a unit of BNP Paribas SA, and GS Capital Partners LP, the buyout arm of Goldman Sachs Group Inc.

Likewise, the other two deals from this period that topped $3 billion in value involved groups of buyers. One was the August 2011 handoff of SPIE SA, a French provider of engineering and construction management services, to a special purpose vehicle backed by Clayton Dubilier & Rice LLC, AXA Investment Managers Private Equity Europe SA and Caisse de Depot & Placement du Quebec of Canada from seller PAI Partners SAS. The other was the $3 billion purchase in December 2011 of the RBS WorldPay credit-card business by an investor group comprising Advent International Corp. and Bain Capital. The seller was Royal Bank of Scotland.

With all the buyout activity in Europe U.S. sponsors have now accumulated a fairly impressive portfolio of companies, some of which are getting on in their holding periods. But with a European economic outlook that remains difficult, sponsors seem more interested in using the ongoing struggles to seek bargains. “We’re generally more bullish on acquisitions,” said Davenport of SK Capital. “We’re not exploring exits.”