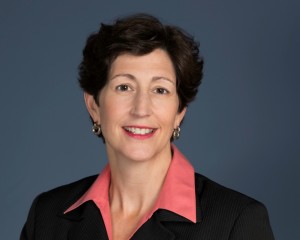 1. Are there specific areas where potential trouble spots, in your view, are more likely to ignite, to affect the world economy?

There are a number of areas that could provide an external shock. The Ukraine, caught between Russia and Europe, is obviously very concerning. Ukraine is potentially looking at insolvency. Is Russia going to bail them out or is Europe going to bail them out? That will impact what else is going on with the rest of the European debt crisis.

2. This is more of a top down kind of analysis. Tell me how it relates to the bottom up analysis that your colleagues do with a specific investment that Z Capital might want to make.

My research team provides the macro and micro-economic data. The investment team looks at industry-specific and company-specific data, then operating partners add color on industrial trends, supply chains, unionization, automation. Then the sourcing team is talking to the workout departments of commercial banks, looking for companies in workout, approaching covenant violations or (which) have already breached covenants. We have a proprietary database of 2,500 middle-market companies. We discuss where we think the opportunities are.

When you’re stuck with slow growth, you can be derailed more easily because you don’t have momentum. Our focus is on the middle-market space. That piece is more fragile. Large caps are more resilient, (have) more funding opportunities, more assets that could be sold, more market power. The mid-cap companies, because they are often on the edge of problems, they don’t have the market heft behind them that large companies would have. They don’t have the margin of error.

3. KeyBanc Capital Markets recently reported that subordinated debt providers are reducing their return targets. But investors have been pouring into higher-yield investments. How does this ripple across markets?

Indeed, there are different types of ripples. If you are a large-cap company, you might have high-yield bonds, loans and sub debt. As interest rates fell, they fell across the board. Now, large-cap companies have been able to refinance repeatedly. But in the mid-cap, there has been some refinancing, but a large part of it has not been refinanced yet. Moody’s and Standard and Poor’s, talking about a 2 percent default rate, would have you think that every company is doing just dandy. But that’s not the case. When we look at the loan impairment rate, it’s 10 percent and we see it going higher still.

4. You have a bi-weekly briefing, developed for your own team, but now it is distributed more broadly. Not only are you talking about an economic slowdown in China or instability in Turkey, but you discuss the Super Bowl, the Olympics and Chinese New Year. How do those things figure into your economic analysis?

They fall into the category of consumer spending and advertising spending. Advertisers pay $4 million per minute for the Super Bowl. Russians spent $51 billion on these (Olympic) venues, not to mention they sent the torch into space, which has to be an expensive undertaking. Then you have Chinese New Year. All these things are falling on top of each other. We should see a huge burst of consumer spending. Will we see it or will we not see it? Very rarely do we get three events in a row that involve so much consumer spending. We won’t know until the third quarter.

5. Why look at the globe, if all you are investing in is U.S. companies?

Risk is global, and risk is relative. Sometimes there are other reasons to focus on the U.S. One is that we have the most robust and transparent bankruptcy code in the world. In most other countries, failing companies go into receivership. In this country, we have a well-developed system for fostering turnarounds. We also have the most developed banking system in the world.

The other part of it is that the companies we buy have international exposure. And even if a company does the bulk of its business in the U.S., it is likely to have competitors that are sitting overseas. So we feel we need a global perspective.