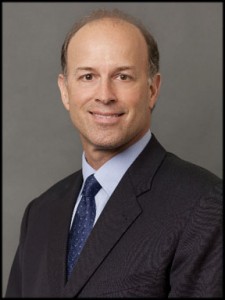 Before the financial crisis, big club deals were a thing. Today, the trend seems more toward LPs co-investing alongside their GPs. How does Pantheon see this trend evolving?

If you go back to 2007, there were some very large transactions taking place, and capital was quite readily available with other sponsors, and there weren’t as many LPs doing as much co-investing as there are today. That part of the market has progressed.

An important question is whether the GP needs another sponsor for anything other than just doing a larger deal. Is there a reason for bringing them in for purposes of their industry expertise or operational capability? If that’s the case, I think you’ll continue to see private equity firms combining to effect a transaction. But if it’s just a matter of capital, you’ll see less of that because there is more capital readily available from the LPs. If you ask GPs would they rather do a deal by themselves and control it or have another private equity firm alongside them, the answer would be, we’d rather do it by ourselves unless there’s a reason strategically or operationally that the additional private equity firm could contribute to increasing the value of the business.

As you look around the world, where do you see the best opportunities for co-investing? Europe? Asia or China? North America?

We’re seeing more transactions in the U.S. than in Europe or Asia. That’s a result of our strong relationships with GPs in the U.S. as well as the acceptance co-investing more generally. It’s similar in Europe. There just aren’t as many deals taking place in Europe.

While we have several co-investments in Asia, it is a different story. Co-investing, particularly for growth capital firms in Asia, is less frequent. Fundraising has been pretty good there for several years, so growth capital and buyout firms have capital for the deals taking place. We just don’t see co-investing as frequently.

I have heard that co-investors frequently have only a very limited amount of time to make decisions on the deals their GPs bring to them. What does Pantheon do to manage its diligence process?

We can get involved in a co-investment at different points of the process. At one end of the spectrum, a large transaction, the deal has already been closed and the sponsor decides this is more than the firm wants to hold in their fund, so they lay off a portion of it. Then they engage in a reasonably structured process, providing the materials to limited partners so they can do their due diligence. We may meet with the management team, and of course we have access to the sponsor.

At the other end of the continuum, we may be invited by one of our middle-market sponsors early in their process to help them look at a deal. Occasionally they will come to us, show us the information and say, if you think you have a high likelihood of doing this, why don’t you come with us when we meet with the management team?

And everything in between. How quickly we have to respond is an important part of our analysis, as is whether we have all the information we need to do our diligence, and whether a consultant has been brought in to look at the industry or the company. The financial diligence and the modeling is often shared with us, and some of the reference checking can be shared. We do our own work, but we try to leverage the work done by the sponsor.

Are there brackets you put around the size or term of the investment? What is your sweet spot?

We want to be aligned with the sponsor, in the same tranche of the capital structure. We do take a portfolio construction approach, including diversification by industry sector, by manager, by time, by geography. We like bite sizes that are relatively consistent, $10 million to $30 million normally. We have clients in our commingled funds that have interests in putting more into individual transactions, so we can actually speak for more. We have separate accounts, and we are this year finishing fundraising for an independent co-investment fund. The co-investment opportunity set for us was great enough to require additional capital.

As a fund-of-funds manager, you must see lots of opportunities from your GPs. How do you choose among them? Are there repercussions if you pass on co-investing deals?

If we saw five or six deals from a firm over a couple of years and did none of them, I think that would have an influence on how they decide where to go with their next co-investment. The relationship you have with that firm overall, including your commitment to their funds, is certainly relevant.