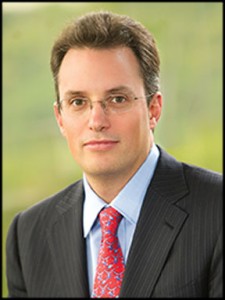 Ares Capital and FSC were both contemplating unsecured debt issuances at about the same time. Ares went ahead and it traded very well. We then decided to gather our orders and get a deal done. Access to the institutional debt market gives us a lower cost of capital for our debt, while lowering fees and increasing liquidity. We’ll see how Fitch Ratings and S&P look at it when they do their annual review later this year.

2. Another thing you recently have done is to launch a second BDC, Fifth Street Senior Floating Rate Corp. Why set up a separate structure, rather than expanding what you were doing through Fifth Street Finance?

We wanted to utilize a different strategy in FSFR that would still be supported by our origination platform. First, let’s look at FSC. FSC doesn’t lever its assets very heavily, but it also doesn’t invest in low-yielding assets because of its higher fees. FSC also has about 70 percent floating rate exposure and will always have non-floating rate assets in the portfolio. At FSFR, we are doing three things differently: 1) we cut the management fee in half, to 1 percent; 2) we’re targeting higher leverage, and 3) we’re investing in 100 percent floating rate assets. FSFR’s portfolio will be more senior in the capital structure and utilize higher leverage than FSC, but will benefit eventually from interest rates rising, even more so than FSC, because it will be a pure play. A vehicle that handles lower-yielding assets has to charge less of a fee, so we made the fee commensurate with the assets it will manage.

3. Well, isn’t that the issue with non-traded BDCs? You have to build up a portfolio before you offer it to retail investors. How did you come to market with the senior floating rate?

We contemplated several strategies. We could have raised a fund and taken that public, but there are issues with that approach. We chose to do something that few others have: We took cash public by using a blind pool. To do that is extremely difficult. The stock initially traded poorly, because it had no immediate yield, but now, as we’re reporting higher dividends and higher earnings, the stock is moving closer to book value. The good news is there are no conflicts of interest and lower fees for investors.

4. What do you anticipate happening as interest rates begin to turn up?

Many people think BDCs won’t perform well when interest rates increase. However, many of us in the BDC industry are actually very well positioned for a rising rate environment. For instance, FSFR has 100% floating rate exposure and FSC has “fixed a great desk” so to speak, by investing approximately 70% of its portfolio in floating rate assets while issuing unsecured fixed rate debt. As a result, we expect FSC’s portfolio to be more profitable as short-term interest rates rise, because the interest rates on our floating rate loans should reset higher while a portion of our borrowing costs remain at fixed rates.

5. What do you see coming out of Washington?

We have been very active on the H.R. 1800 front (a bill that would allow double the maximum leverage on BDC portfolios); we testified against the bill, because we thought the increase in leverage was not appropriate in all cases and required further review. Today, after many discussions with key leaders in the debate, we are willing to support the bill if Congress makes one simple change: Two-to-one leverage should not apply to already-levered assets. For example, if you have CLO equity or another off balance sheet entity, it may already be levered five to one. Do you re-lever that again at two to one? We believe that is too risky. Those assets should be excluded and instead treated the same as preferred stock is in the bill. If that amendment is made, we would be much more comfortable with the bill.

UPDATE: The text of this story has been modified from a version originally posted on March 4, 2014, to better reflect Tannenbaum’s intended remarks.