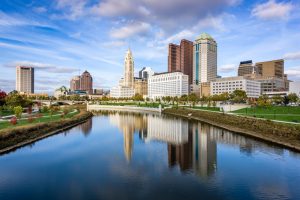 Ohio Schools invested $8 million in the company, according to an online summary of its board’s May meeting. In February, Zocdoc, a digital healthcare marketplace and scheduling tool, announced it had received $150 million in growth financing from Francisco Partners. Ohio Schools spokesman Tim Barbour confirmed to Buyouts that the pension’s investment was part of this total.

Ohio Schools will also get an equity grant in Zocdoc as part of the investment, Barbour said.

Glading added that the company raised $220 million in equity in addition to the $150 million growth financing from Francisco Partners.

Francisco Partners did not respond to a request for comment.

Zocdoc started out as a scheduling tool for in-person doctor appointments, but during the pandemic it transitioned into tele-health. It also created a vaccine scheduler to help cities, states and other healthcare providers provide vaccinations, according to a press release.

At a yearly review of the program in April, staff reported the portfolio had returned 7.8 percent net of fees since inception, beating its policy benchmark.

As of March 31, the private credit allocation took up 1.8 percent of assets against a 3 percent target. Its portfolio was valued at $312.7 million. The total fund value was just under $17 million.

The private debt portfolio contains several strategies. Direct lending is the largest, with an 80 percent target allocation, while distressed lending targets 10 percent and structured credit 10 percent. Mezzanine is also in the portfolio but has no target. The Zocdoc investment was part of the direct lending strategy.

That was not the only credit investment Ohio Schools announced in May. It also committed $200 million to Apollo Origination Partners, managed by Apollo Global Management, and $150 million to a European private debt fund from Barings.

Action Item: read the report out from Ohio Schools’ May meeting here.