This article was sponsored by GCM Grosvenor.

How does deal sourcing work for co-investments?

Kevin Nickelberry: Deal sourcing for co-investments starts with the relationships with private equity sponsors. We have invested with over 230 private equity firms on the primary side, and they serve as a great source of dealflow for our company.

We also see dealflow from other managers given our presence in the market and the scale of our platform with over $40 billion of private markets AUM.

Our team has developed a broad network of deal sources and sponsors over time, and we are often the first call when they need co-investment capital.

As a result of these relationships and our proactive approach to deal sourcing, we are able to see more than one deal per day on average.

What are the benefits for investors of co-investments?

Lee Brashear: Generally, LPs are seeking higher net returns than they can typically get with primary fund investing as the predominant reason to pursue co-investments. When you drill down on why to co-invest in the mid-market, we think there is potential to generate higher returns relative to larger buyout deals over time, and to diversify your portfolio by accessing this segment of the market.

Jason Metakis: The vast majority of deals we commit to continue to be offered to us by GPs on a ‘no fee, no carry’ basis. While there is no assurance that any investment will achieve its objectives, investors can typically benefit from a couple of hundred basis points of incremental net IRR when looking at the total fees compared to investing in a private equity fund directly.

In the mid-market over long periods of time, one tends to observe lower entry valuation multiples and less reliance on leverage to drive returns relative to large or mega buyout deals. So, that sets up investors for a more favorable risk/return profile starting from the deal entry point. Then when it comes time to exit, there is a full range of exit opportunities selling to different buyer types, whereas in the upper end of the large market, going public may be the only really viable exit opportunity so those investors are largely beholden to public market conditions.

KN: We like this segment of the market because these mid-market companies are large enough to have real operating histories, so we can conduct thorough due diligence on the businesses, but they are small enough to benefit from best practices and operational improvements that help drive value creation.

How do you pursue a co-investment deal?

LB: There are two critical elements for our process. First, what do we like about the business that we are looking at? Our co-investment team consists of people with direct investment experience, so we have the capability of assessing the company and its market opportunity.

Then of equal importance: who is the sponsor and what is their strategic plan for this business? That is where we really leverage our primary fund investment practice to understand everything we like about this sponsor. That includes why we committed to the fund manager as an LP and then understanding what deals in their track record we can point to that have similar attributes and value creation strategies.

Why is it important for sponsors to pick the right co-investment partner?

JM: Having previously spent nearly a decade on the direct investing side, I can speak from experience that it comes down to a timely and transparent process with clear deadlines for decision making. GPs are now recognizing that a quick ‘no’ upfront is much better than a prolonged ‘maybe.’

They also want an efficient partner – someone who can take a focused approach to due diligence and is able to do their own work without consuming an inordinate amount of the sponsor’s time. Certainty of closing is also key, particularly in the mid-market, where sponsors often rely upon their co-invest partner to fund a deal alongside them at closing.

Finally, the right co-investor can be a value-added partner for sponsors with proprietary diligence insights, equity commitment letters to help win the deal, and the ability to leverage their network to make introductions to potential customers or acquisition candidates post-closing.

KN: Sponsors want to work with co-investors that have the resources and deal experience to complete due diligence and internal reviews on a timeline that works with the sale process.

In order to meet the timing of the deal, we conduct due diligence simultaneously with a sponsor, and we leverage our company, sponsor, and executive relationships to address the threshold issues in the deal efficiently. At the same time, we can be flexible in terms of the speed of the process and how quickly we get to a commitment. These factors are why many sponsors have selected us as their co-investment partner on multiple deals over the years.

Can you give some examples of when you have worked well with GPs on co-investments?

JM: While past performance is not necessarily indicative of future results, we have a few interesting examples to share. In one deal we partnered with a mid-market sponsor to acquire one of the largest growers of fresh mushrooms in the US. It was a family-owned business, and the sponsor was particularly sensitive to not involve multiple co-investment partners while they were negotiating the deal.

This was a relatively niche sector, but our network of relationships allowed us to quickly validate the sponsor’s investment thesis and their views on valuation to gain conviction in the opportunity. In this case, the sponsor was between funds, but we were able to leverage the breadth of our platform to offer a unique financing solution that allowed the sponsor to commit to the deal before they had a close on their next fund.

LB: Sometimes, we will get a call to help a sponsor buy a public company or a division of one. In these cases, the timelines are relatively compressed, and the involved parties are subject to material non-public information. An example of this involved a beverage business that was being carved out of a multinational food company.

We were approached by the sponsor, who needed co-investment capital that was several multiples of what they could write out of their own fund. They needed co-investors that could react quickly and get through due diligence in a relatively short timeline, while also being sensitive to the material non-public information aspect of the deal.

KN: Those examples give you a sense of how many use-cases exist for co-investment. Whether it is a transformational merger, an opportunistic deal, different add-ons, or growth initiatives – there are a variety of reasons to raise additional equity capital. However, co-investors need the resources to deal with the complexity that often comes with those situations. That is an opportunity to show some separation and differentiation as a co-investor.

What should investors be considering when starting to look at these deals?

LB: The first thing investors should consider is if they have the relationship set to actually source the volume of deals they are seeking. You want enough relationships so that you’re not dependent on a small number to generate all your deal-flow. Co-investments do include risks, like strategy risks, manager risks, market risks, and structural/operational risks, so having a process in place to mitigate risks is important. Then, investors should consider if they have the internal direct investment expertise and the execution machine to underwrite and close the deal, to monitor those transactions through to exit.

Another dynamic to consider is that over time these mid-market sponsors will raise larger and larger funds. Success drives better fundraising. So, if you are focusing on mid-market co-investments, you need to keep your funnel replenished with new sponsor relationships. It is worth noting that our platform also has a focus in small and emerging managers, often groups that are spinning out of larger funds. As those managers set up their own shop, they are seeing deals that are several times larger than what their fund can do.

So, there is significant opportunity for LPs to help emerging managers execute the deals with co-invest support and build their franchises. A differentiator at GCM Grosvenor, we have relationships that started over 15 years ago with firms that are still co-investment partners today despite raising larger funds over time, as they remember that we helped them with those early deals. 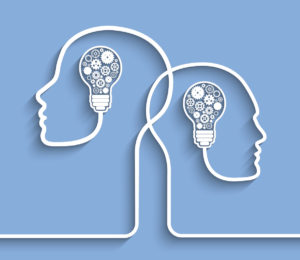 How does co-investment deal sourcing differ in the mid-market compared to the large cap market?

KN: In larger deals, co-investments tend to be more broadly syndicated. The sponsors are going out to a lot of co-investors, sometimes after the closing, so the process dynamics are quite different. In mid-market deals we are often contacted early in the sale process when a sponsor realizes that the deal is compelling, but they need additional equity capital. We work side-by-side with them through due diligence and ultimately to help them seek to get the deal under exclusivity. It is a much more engaged process that frequently requires scale, a thoughtful approach to due diligence, and an experienced investment team.

JM: For larger and mega buyout funds, they will often have an investor relations or capital markets team that can run a broad co-investment syndication process. In the mid-market, that responsibility often falls on the shoulders of the lead deal partner, who is also busy completing due diligence while sorting out deal financing and negotiating definitive documentation with a seller.