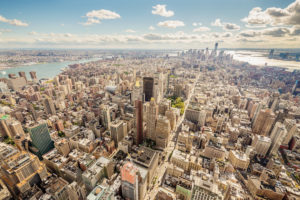 HarbourVest Partners and Ardian emerged as co-leads on a large process run by General Atlantic to move four assets out of older capital pools and into a continuation fund, sources told Buyouts.

The deal is one of the largest GP-led transactions in the market, with a potential value of $2.5 billion or more. Other deals of size include Leonard Green, which recently completed a roughly $2.5 billion continuation fund deal led by AlpInvest Partners and HarbourVest Partners.

The GA process is active and it’s not clear how many buyers will ultimately take part in the deal. It is understood the process could wrap up in June, sources said.

A spokesperson for GA declined to comment. Evercore is working as secondary advisor on the deal.

Investors with exposure to the assets have the option to roll their interests into the continuation pool or sell their stakes, with pricing at par, sources previously told Buyouts. The price could increase, a source said in March.

As is routine in GP-led deals, GA was expected to roll its exposure in the assets into the continuation pool.

GA, led by CEO and chairman William Ford, bought a majority stake in Argus Media in 2016 in a deal that valued the oil price reporting service at £1 billion ($1.4 billion; €1.16 billion), Reuters reported at the time. The firm invested in Red Ventures, an online marketing services business, in 2010; GA invested in Sanfer, a pharmaceutical company headquartered in Mexico, in 2014; and in Hyperion Insurance in 2013.

Ardian’s participation comes as another deal it led, run by New Mountain Capital, fell apart after the largest asset in the process was picked off by external buyer Panasonic. Ardian and New Mountain decided to end the deal in April once the asset, supply chain software provider Blue Yonder, which represented around half of the deal’s total value, was no longer included.

Ardian has only recently become a bigger presence in the GP-led space after having for years dominated the market for large portfolios of LP stakes. The firm has done GP-led deals, but only with what it sees as high-quality GPs with strong assets, a person with knowledge of the firm previously told Buyouts. It also prefers to be the lead investor in deals, rather than take part in consortiums. Those characteristics have made rare for the firm to get involved in GP-led deals until recently as more high-quality GPs have brought processes to market.

Large deals have helped drive volume since last year in what has continued to be a brisk secondaries market, despite the general economic recovery. Other deals in market include Kohlberg & Co, which is running a process on its 2012 fund, and Webster Equity, which completed a deal to move two assets out of an older fund, led by Morgan Stanley and Coller Capital.