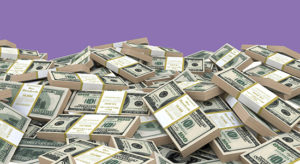 NEW YORK, Aug. 5, 2021 — Harlan Capital Partners LLC (“Harlan Capital”) has announced the final close of Harlan Special Opportunities Fund IV (“HSOF IV”), the most recent vintage in its flagship fund series, at $111 million, exceeding its fundraising target of $100 million. The close marks the largest and most successful fundraise in the ten-year life of the firm and brings total capital commitments raised to date by Harlan Capital to more than $325 million.

HSOF IV has committed approximately 80% of its capital (excluding recycling) to investments in media, technology, and both real and financial assets. The portfolio has already fully realized two investments – a loan to Amazon third-party seller Thrasio and a secondary investment in diversified music royalty portfolio Round Hill Music I – and is looking to build on this success in the coming quarters and years. As with preceding funds, Harlan Capital expects a short investment period for HSOF IV and has already begun making distributions to investors on a quarterly basis.

“Beyond exceeding our fundraising target, our excitement is bolstered by the high-quality limited partners who have committed to HSOF IV and who recognize the merits in our unique investment strategy,” said Founder and Managing Partner Josh Harlan. “We value the continued support of such prominent and well-respected professional investors and family offices for pursuing our strategy of opportunistic credit and asset-based investments.”

HSOF IV focuses on opportunistic credit and asset-based investments, building on Harlan Capital’s distinct strategy, which is differentiated by its focus areas and execution methods. With intangible assets now representing more than 80% of Enterprise Value for S&P 500 companies, Harlan Capital sees a business ecosystem that has evolved to favor companies that derive value from assets such as intellectual property and data rather than property and equipment. Thus, it largely focuses on niche assets with low correlation to traditional markets that benefit from contractual sources of cash flow including royalties, leases and litigation and debt claims. These investments typically span the media/IP, specialty finance and real assets sectors and employ Harlan Capital’s creative deal structuring, which strives to place a floor on potential losses while simultaneously allowing for outsized returns.