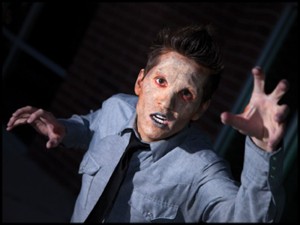 U.S. regulators are promising to take a closer look at zombies, which may continue to tie up investors’ money and charge fees even though the prospect for profit has faded, sister news service Reuters reported. “We are going to take a close look at that and see whether or not there’s a problem,” Robert Khuzami, the SEC’s enforcement director, said on C-Span television on June 3.

In a report at the end of May, the Wall Street Journal described zombie phenomenon as “a little-known horror show in the investment world.”

To be sure, there is no shortage of candidates to be considered zombies. When Buyouts did its annual review of fund performance last fall, we found that public pension funds are reporting that they continue to hold funds as old as the 1985 vintage that still have holdings, well beyond the 10-year to 12-year life expectancy of a generic buyout fund.

But as to whether those funds are zombies, fully a quarter of the private equity funds in our returns database, including buyout funds and venture funds, might qualify—the bottom quartile is marked by a breakeven 1x multiple and an IRR of -0.55 percent, making these funds losers, if not zombies, in investors’ eyes.

“It’s a truism of investing that not all of your investments will be winners,” said David Fann, the president and CEO of La Jolla, Calif.-based TorreyCove Capital Partners LLC, an adviser to institutional investors on their private equity programs. He emphasized that the perceived failure of a fund should not reflect personally on the sponsor’s team. “They are all very smart people,” he said. “It’s not always obvious which companies are going to succeed and which companies are going to fail.”

We went back to the database to do a little zombie hunting for this report, although we’re unable to definitively say a fund is a zombie.

A word about our methodology: We began with our fund performance database, generated last year with data from 20 limited partners. That database contains detailed return information on more than 1,300 individual funds encompassing domestic buyouts, venture capital, mezzanine finance and funds of funds. More than 300 of those funds show a negative IRR, representing a fund that has lost money for its investors. A good share of those were venture capital funds

As a first cut, we selected only the funds of 1998 vintage or older, making those funds 14 years old and thus ostensibly beyond the 10- to 12-year lifespan that a buyout fund nominally expects, to give us a subgroup of 343 funds. Then we eliminated those whose “value of holdings” had reached zero, thus being terminated, which reduced our pool of funds to 215 (some LPs, most notably Colorado Public Employees Retirement Association and the California Teacher’s Plan, do not report on the value of holdings, further cutting the size of the group to 153 funds). To focus on buyout funds, we then eliminated venture and mezzanine funds, and further confined the list to funds that have a negative IRR.

The table that accompanies this story comprises funds that are at least 14 years old that have delivered negative returns to their investors, according to public reports by their LPs. According to an analysis of returns conducted by Buyouts, the median domestic buyout fund from that vintage was generating a 1.16x multiple and a 5.62 percent IRR, with much of that data current through March 31 of last year.

The 16 funds in the accompanying table all carry negative IRRs and investment multiples of less than 1x, indicating money losers. They all date from the mid-1990s. Buyouts attempted to reach each sponsor, by e-mail or telephone. Few responded.

Some of the names are familiar; perhaps the best known is Hicks Muse Tate & Furst, the Dallas shop that w,as brought low because of ill-timed investments in the media industry. The firm, reconstituted today as HM Capital, did not respond to requests for comment on this story; in the past, the firm has said the published numbers do not reflect the unrealized value of the fund’s investments in the food and energy sectors.

One other point to note is that an unsuccessful fund record may not be the only determinant of a firm’s success; the only sponsor listed twice in this table is American International Group, an insurance company that also backed funds. AIG’s downfall came not as a result of bad buyout investments but instead was a result of bets on credit default swaps; the company received a federal bailout in the wake of the financial crisis in 2008.

A key question about zombies, of course, is their appetite; fund sponsors are sometimes accused of milking their investors for management fees on portfolio assets, even when a fund is underwater or the holdings clearly will not return a profit.

But in general, general partners who seek extensions in their partnership agreements are willing to negotiate down the fees that they charge LPs, said Fann of TorreyCove; in most cases, management fees are nonexistent to minimal, though such amendments, like the original partnership agreements, are almost never made public and are thus almost impossible to compare.

Then too, the question arises what options LPs have; if they demand that the fund be terminated, the sponsor may be forced to sell into an unfavorable market that might produce better results given more time, or the LPs could end up with stock certificates in companies for which no trading market exists.

“Most investors have decided to hold onto these until they liquidate,” Fann said. Sponsors may even consciously choose to carry portfolio companies on their balance sheets at lower valuations than they expect they ultimately will be able to achieve when they eventually exit the holdings. He added: “Some of these guys would be able to raise another fund if they had a monster winner.”