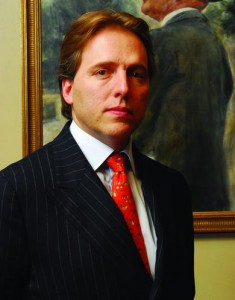 Italian mid-market house Investindustrial has raised a €100m annex fund to support portfolio companies in the €500m buyout vehicle it closed in 2005.

The Build-Up Fund was launched in April and reached its target size with backing from existing investors in Investindustrial III with one new investor, a European family office, invited to the fund.

Capital from family offices comprises 41% of the total amount raised, with 26% coming from funds-of-funds, 17% from insurance companies and banks, and 16% from public pensions.

The extra €100m will be used to finance acquisitions by companies owned by Investindustrial III ahead of exit.

Annex funds are in vogue in 2009. Over the summer KKR raised €400m to support its €4.5bn European portfolio, and in early September UK mid-market house Inflexion closed a co-investment fund on £75m. Reports have also suggested that both Nordic Capital and Graphite Capital are looking for extra capital.

Such vehicles are generally raised during a recession, when raising follow-on funds is tougher and existing portfolio companies are in need of additional fuel power.

While investors are reluctant to commit extra capital to a fund to support an existing fund, they are often encouraged to because non-participation risks dilution. This is because the vehicle is set up to back the same investments as the original fund, but prices for a particular stake will have been adjusted to reflect current market conditions, or there may be an amendment of fees and other terms related to the new monies. The dilemma is such that LPs don’t like having to increase their commitments, but are also reluctant to decline making a pledge because of the dilutive impact.