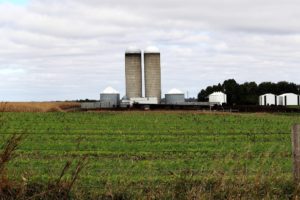 Iowa’s state public pension system’s exposure to private equity jumped well beyond its policy caps as the value of the total fund plunged in the coronavirus downturn.

The system’s investment staff anticipated that the current allocation to private equity, which sat at about 17 percent as of March 31, would gradually fall back as the total fund value climbed in the market recovery, according to documents from the system. The system’s private equity target is 11 percent, which was reduced from 13 percent in 2014.

The phenomenon Iowa Public Employees’ Retirement System experienced, known as the denominator effect, is one of the major concerns of public pensions in market crises.

“The increase [from a year ago] is largely attributable to the covid-19 related market downturn’s impact on the value of the overall … fund,” Iowa pension documents said. The fund’s total assets dropped from around $34 billion in 2018 to around $31.6 billion as of March 31, 2020, according to pension documents.

The problem is that systems set allocation targets – the amount of the total fund that goes to private equity – after much study and debate. These targets allow public systems to precisely configure their investment portfolios to hit certain performance targets necessary to ultimately fund the retirements of beneficiaries.

In extreme cases, LPs have to sell private equity exposure on the secondaries market to get their investment portfolios back into balance.

Iowa expected valuation declines in the private equity portfolio, along with recovery in the public markets, to bring actual PE allocation to around 14 percent, the documents said.

As markets stabilize, those concerns may fade as investment portfolios get back into balance.