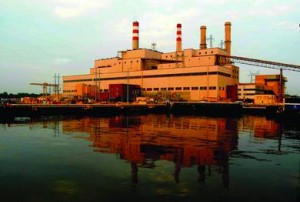 The French energy group and KKR are close to a deal that they hope could trump Buffett’s offer. EFD chief executive Pierre Gadonneix is reportedly meeting KKR executives in the US this week to hammer out a new deal, with an EDF board meeting expected within a fortnight to give the green light to the revived approach.

Previous suggestions that KKR and EDF had not given up on Constellation have indicated that a US$35 per share offer was being considered, although this included participation from TPG Capital. Berkshire Hathaway’s agreed offer was for US$26.50.

It is not known whether TPG Capital has pulled out of the KKR/EDF consortium, but the recent significant losses from its Washington Mutual investment might have affected its desire to return to the bidding table for now.

A consideration in the talks will be structuring a bid vehicle to comply with US regulations, which preclude majority foreign ownership of key state assets such as nuclear energy providers.

In late September, Berkshire Hathaway, Buffett’s investment vehicle, nudged ahead of competition from EDF, and US investors KKR and TPG Capital to agree a US$4.7bn take-private of the US power supplier.

Press reports at the time suggested that Berkshire Hathaway, through its MidAmerican Energy Holdings unit, had offered to pay about US$1.5bn more than the competition, although the Financial Times says that the original EDF/KKR offer was 33% higher than Buffett’s but that the Berkshire Hathaway bid was chosen in order to push through a quick capital injection.

Both the stake increase and Buffett’s takeover bid were prompted by US$21bn-revenue Constellation facing severe liquidity problems connected to its commodities trading operations, which led to a more than 50% drop in its stock price. Constellation’s shares closed at US$23.66 on Monday.

Within a week of the Constellation deal, Buffett hit the headlines again with his US$10bn injection into Goldman Sachs as the investment bank shifted to bank holding company status.

Baltimore-based Constellation is already 9.5% owned by EDF after the French group increased its stake from 4.97% in early September.

At the end of September, MidAmerican Holdings said that it expected to complete its due diligence for the takeover within 14 days.