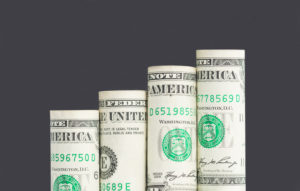 London and Stockholm-based KLAR Partners, a private equity firm focused on business services and light industrials, has closed its debut fund at a hard cap of 600 million euros. KLAR Partners I will target light industrial sectors that are headquartered in the Nordic, DACH and Benelux regions. The fund’s investors include public pensions, endowments and foundations, fund of funds, family offices, insurance companies and consultants from Europe and North America. Evercore Private Funds Group was the placement agent while Macfarlanes LLP acted as legal counsel.

STOCKHOLM, March 23, 2021 /PRNewswire/ — KLAR Partners (“KLAR” or “Firm”) today announced the final closing of its debut fund, KLAR Partners I (“KLAR I” or the “Fund”), at its hard cap of €600 million. The fund is one of the largest European first-time funds raised in the last 10 years and by far the largest raised during the COVID-19 pandemic1. The Fund was significantly oversubscribed at the hard cap within 12 months of formal launch.

“We are thrilled with the level of support shown by our investment partners and the trust they have placed in us as a first-time fund in this market. Establishing KLAR I has been a true team effort and we would like to thank all of those who have supported us and who will continue to support KLAR – individuals and institutions, advisers, investment partners, owners, and management teams,” commented Carl Johan Falkenberg, Partner at KLAR.
KLAR I will target buyout investments within the mission-critical services and asset-light industrial sectors that are headquartered in the Nordic, DACH and Benelux regions. The team will build on their experience of backing market leaders and utilising a transformational investing approach including growth, operational improvement and buy & build strategies. The Firm has a strong focus on talent management and believes in close and transparent partnerships with management teams based on KLAR’s values of Clarity, Community, Curiosity and Courage.

The successful completion of the fundraise marks the end of a remarkable first year of operations for KLAR during which it built a high-performing team and completed its first two investments for KLAR I, demonstrating KLAR’s execution capabilities and strong networks in its target geographies.

KLAR I officially launched in March 2020 and has received strong support from a globally diverse group of top-tier institutional investors driven by high conviction in the robust market opportunity for the Firm’s differentiated, transformational strategy as well as the strong track record of KLAR’s leadership team. Investors in KLAR I include public pensions, endowments and foundations, fund of funds, family offices, insurance companies and consultants from Europe and North America.

Richard Anthony, CEO of Evercore Private Funds Group, stated: “We are delighted to have advised KLAR on their highly successful debut fundraise, executed in a largely virtual environment. The success of the raise to its hard cap speaks volumes about the calibre of the team at KLAR, especially in these unprecedented times of a global pandemic.”

About KLAR Partners
KLAR Partners is a European private equity company focused on investments in companies operating in the business services and light industrials. The companies in which KLAR invests each have an annual turnover of approximately €50-500 million and are headquartered in the Nordics, Benelux or DACH regions. With investment professionals located in London, Stockholm, Frankfurt and Brussels, and together with a broad international network in the industry, KLAR has a proven business model to support, develop and grow companies. KLAR’s senior professionals have worked together for many years and have more than 50 years of combined investment experience in KLAR’s industry-specific and geographical focus area. KLAR Partners is a signatory of United Nations Principles for Responsible Investment. More information about KLAR can be found on the company’s website at www.klarpartners.com.