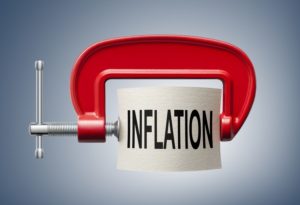 While private equity GPs struggle with a fundraising market that is overcrowded and undersupplied, LPs are checking out other alternative assets. A key motivation is to find refuge from inflationary pressures contributing to interest rate hikes.

One of the strategies that could benefit is private debt.

In May, Blackstone’s Joe Zidle and Dwight Scott wrote that private debt may prove resilient in a rising-rate environment. That is because it generally consists of floating-rate loans, which can facilitate income growth alongside rate increases. As such, they “may limit both the rate risk and the duration risk that are inherent in traditional fixed income today.”

Other virtues of private debt, they said, include an emphasis on privately negotiated deals, which are often high-quality opportunities, and less volatility.

GPs appear to understand there has been a change in tactical focus among LPs toward strategies like private debt. For this reason, it is likely we will soon see a run of new products in the market.

This week, Buyouts reported on what might be two of the first players to take advantage of the opportunity.

Sixth Street unveiled a direct lending offering aimed at the upper-mid-market. Sixth Street Lending Partners, the firm’s second vehicle structured as a BDC, is seeking $4.5 billion to $5.5 billion, according to a report from Connecticut Retirement Plans and Trust Funds. No hard-cap has been set.

Fund II’s predecessor supplies directly originated senior loans to US mid-market borrowers, some of them sponsored by PE firms. It typically does deals of below $200 million.

Sixth Street created the new strategy in response to demand from borrowers and sponsors to bring more capital into the “underserved” large-deal market, sources told Buyouts.

As such, Fund II will focus on businesses with values of at least $750 million and investment sizes of $200 million to $500 million, the CRPTF report said. Up to 80 percent of loans will be first lien floating rate credit, with flexibility for second lien, subordinated debt, equity and secondary credits.

In addition, Fortress Investment Group is seeking $2.5 billion for a third direct lending offering. Fortress Lending Fund III’s target was also disclosed in the CRPTF report. No hard-cap has been set.

Fortress appears to be anticipating LP concern about inflation and rate hikes. The direct lending strategy has a flexible, all-weather focus, something that is “particularly advantageous” when times are tough, the report said.

The strategy emphasizes originating and acquiring the senior secured debt of mostly North American companies. Target borrowers needing a liquidity solution or addressing more complex issues can be either private or public, sponsored or unsponsored, and will reside in a range of sectors.

There is also room to invest opportunistically, including in asset-based borrowers, such as commercial real estate owners, and in niche markets, such as litigation finance. Debt positions are secured primarily, but not exclusively, by a first or second lien.