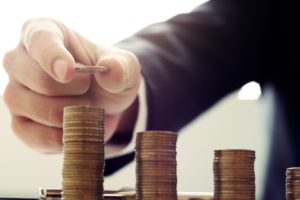 Just over 40 percent of smaller investors plan to increase their private equity allocation in 2021, according to a survey from law firm Seward & Kissel.

The survey tracks a wide variety of institutional and high-net-worth investors, including funds-of-funds, endowments, foundations and non-profits, high-net individuals or family offices and investment consultants. The firm did not disclose how many investors took part in the survey, but a spokeswoman said it was statistically significant.

Funds-of-funds made up the largest amount of survey respondents, at 29.4 percent. One-third of them also reported having an alternatives allocation of between $51 million and $100 million.

One of the big issues that has arisen during the coronavirus pandemic and the ensuing shift to remote work is emerging managers’ ability to raise capital, due to their inability to make pitches in person. Despite this, a whopping 80 percent of respondents said their organizations invested in alternative investment managers founded less than two years ago.

Interestingly, when looking at each investor group, funds-of-funds were once again the top group for emerging manager investments. All respondents reported investing with emerging managers, with pension systems at the lower end of the spectrum.

One way around this issue with emerging managers that Buyouts has covered is managers with teams that have a solid track record, be they former partners at well-known firms, or independent sponsors transitioning to becoming firms.