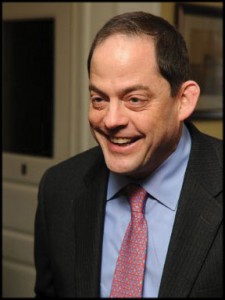 Indeed, the difference in value between mid-sized and smaller deals, measured by turns of EBITDA, has ballooned. “It’s unprecedented,” said Greenberg. “That differential has always been there, but it was around 1x. Now it’s in excess of 2x,” Greenberg said.

GF Data Resources focuses on deals with $10 million to $250 million enterprise value, drawing a line at $50 million between smaller deals and larger ones. Its database, which goes back to 2003, comprises more than 1,500 sponsor-backed transactions. While valuations have bounced around over the years, pricing targets from 3x to 12x EBITDA at various times, the spread has remained pretty consistent, with larger deals able to price at one additional turn of EBITDA over smaller ones.

“It provides strong support for the widespread sense that there is more debt available and valuations are stronger for businesses with greater than $10 million of adjusted EBITDA,” he said. “Once you get to $10 million of EBITDA, it is much easier to find a cash-flow based lender for the acquisition of the business. It’s a feature of the capital markets right now.”

Greenberg, who also is a managing director of Fairmount Partners, a Philadelphia-area investment bank, launched GF Data Resources in 2007 with B. Graeme Frazier IV, the president of Private Capital Research LLC, a consulting firm that focuses on buy-side work in the lower mid-market. GF Data Resources employs an “online black box” to collect information anonymously through a secure online portal. It has 165 buyout firms that are active contributors, providing 20 data points for each deal they report, covering details of the capital structure and key deal terms. The contributors do not identify transactions by name, but they do identify them using the Census Bureau’s North American Industry Classification System codes.

GF Data Resources focuses exclusively on sponsor-backed deals. “We think their multiples are more applicable to the next situation,” Greenberg said. “Strategic buyers’ valuations reflect their own synergies and economics.”

More generally, the data confirm that deal activity is picking up as a result of a slow general improvement in the U.S. economy and unprecedented amounts of cash in buyers’ hands, he said. “We are now benefiting from a general improvement in the M&A market.” And if that sounds like the conventional wisdom, he added, “there are worse things in life than to support the conventional wisdom.”