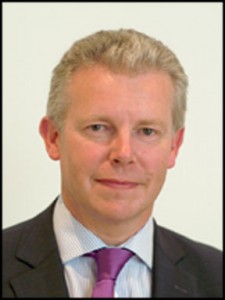 Bob Lyddon is concerned about what the latest financial scandal will do to global liquidity and the flow of capital. In fact, he said, the squeeze may already have begun.

“The size of lines [of credit] that banks have for doing business with one another is much smaller than it was before,” said Lyddon, managing director of the IBOS Banking Association, a group of international banks focused on cross-border trade and payments. “The market is far less liquid.”

And that effect is likely to play out regardless of the narrative that ultimately wins out over the source of the wrongdoing in the rate-manipulation investigations. Whether the blame comes to lie with banks, due to traders gaming the rate-setting mechanism to benefit themselves personally, or with the regulators, for turning a blind eye to the manipulation as a way to preserve market stability, the effect is likely to be the same, he argued, undercutting the market’s confidence in the reference rate.

“I grew up with Libor being the absolutely neutral rate,” said Lyddon, a former cash-management expert at BankBoston who now manages the association from its London headquarters. But it now emerges that Barclays plc and probably other banks had been manipulating Libor at least since 2005, in Barclays case lowballing its rate offers to make it appear that the bank had access to credit at a lower rate than it actually deserved, based on its counterparty risk.

“The problem is, in Libor there is no risk premium,” Lyddon noted. The rate is intended to reflect interbank lending pricing without concern for repayment risk. But in the wake of the credit bubble the the financial crisis that followed, he added, “the concept of there even being a prime bank started to be undermined.”

As a result, the disclosure of market manipulation casts into doubt the historical validity of the benchmark, meaning that deals from the past may have been done too cheaply, he said. “It’s difficult to prove what Libor should have been.”

For financial sponsors and others who take out loans, the manipulation may have worked to their advantage. “Anybody who is a net borrower is better off,” Lyddon said. But by unfairly cutting into the returns of investors in credit, the scandal is likely to reduce the availability of financing, or to increase its cost, in the future, he added. “If Libor has been reduced, then investor returns have been reduced, wrongly.”