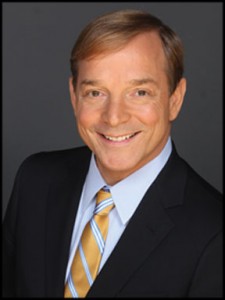 Mezzanine financing could be a big winner in the Libor scandal, in the opinion of Evan J. Segal, an entrepreneur and author.

While Barclays has agreed to pay $453 million to regulators to settle charges that the British bank manipulated the benchmark interest rate, the evidence suggests Barclays may not have been alone, Segal said. “This is more widespread than just one failed institution.”

With confidence fading for Libor, dealmakers are likely to shift to a different reference rate, whether the fed funds rate or the prime rate, which major banks nominally use for their best corporate clients, if only so they can believe the financial system isn’t ripping them off, Segal said. “People are paying more than they should. It affects everybody.”

But if senior lenders raise the suspicions of borrowers whether they are being treated fairly, “It creates an opportunity for mezzanine finance,” said Segal, the former president and owner of Dormont Manufacturing Co., a maker of flexible stainless steel connectors for gas appliances, who later became CFO at the U.S. Department of Agriculture.

Mezzanine today typically accounts only for a narrow slice of the capital structure of most companies, because it is riskier and thus more expensive than senior debt. But Segal argued that the interests of mezzanine lenders are better aligned with the borrowers’, precisely because they have a greater incentive to see companies succeed when they face difficulties.

Smaller regional and even community-scale banks also are more likely to treat their corporate clients better than big banks, Segal said, citing last year’s consumer-oriented “Move Your Money” campaign. Large corporations may still need the resources of massive banks, but modern technology has put sophisticated cash-management capabilities into the hands of even modest-size banks, available to mid-market clients, he said. “It would be a matter of Main Street saying to Wall Street, we don’t like the way you do business, and we’re taking our business elsewhere.”

Such market-oriented approaches are likely to be more effective than regulatory efforts to rein in financial midbehavior, said Segal, who was an executive in residence at the Tepper School of Business at Carnegie Mellon University in Pittsburgh and has published a book, “From Local To Global: Smart Management Lessons to Grow Your Company.” Big banks can mitigate the risks that come with regulation such as the Dodd-Frank financial reform law or the Volcker Rule, he said. “What they can’t mitigate is the loss of business.”