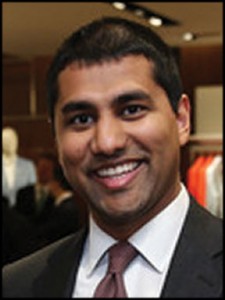 Sumeet H. Shah, who has lit up Twitter with commentary on buyouts for the last three years using the handle @PE_Feeds, has left his position at the private-equity advisory firm Gotham Consulting Partners LLC to tackle the startup world.

He promised, however, that he would continue to give voice to issues in the buyouts business. “The story of the private equity industry still hasn’t been told to the public,” he said.

Since Shah took on the hooded mask of PE_Feeds in 2010 much has changed in the buyouts business. Enough firms have sold shares into the public markets that they now constitute an industry group that stock analysts can follow, and publicize to their investors. A growing number of public pensions and other limited partners now publish their results, detailing the financial performance of individual buyout funds. The Securities and Exchange Commission has acted to lift the prohibition against talking about funds in the market, and advertising them. A representative of the industry won the Republican nomination for president in 2010. Shah even surrendered his anonymity earlier this year, using his photo as his Twitter avatar for the first time, rather than an abstract image.

It was a belief that private equity needed a public voice that prompted Shah to engage on the social network in the first place. He cited the role of Twitter PE pioneer Rich Lawson of HGGC, the Palo Alto, Calif.-based technology services specialist formerly called Huntsman Gay Global Capital, as the primary influence for his work on Twitter.

“The only goal was to try to pull back the curtain on private equity, the good and the bad,” Shah recalled. But with a steady stream of tweets ripped from the headlines on the firms and their deals, leavened with commentary on New York sports and animal adoption, PE_Feeds was never about making money. “If there’s any way to monetize that, it’s great. I could always use some more beer money. You can quote me on that.”

By late July, PE_Feeds had produced more than 56,000 of those 140-character comments, attracting almost 4,500 followers and developing his own online reputation. “I knew I was finally catching on when Dan started following me,” said Shah, referring to Dan Primack, the former editor of sister blog peHUB and himself a prolific tweeter.

In his new role, Shah will be the director of client relationships at Gist Digital, a startup technology incubator in New York with a focus on mobile and social technology. “I’m taking myself into an area where we’ve got really smart people trying to do great things,” he said.

He plans to use the knowledge he has gained from using Twitter and other social media tools, including Tumblr and Storify, to take advantage of the new environment. “I’m starting my own business,” he said. And while he wouldn’t talk too much about his own entrepreneurial ambitions, he said, “Hopefully we’re changing journalism and education forever.”