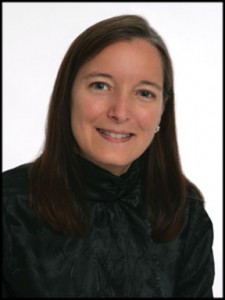 Financial sponsors may represent the best hope for IPOs in a lackluster 2012, says Wendy Hambleton, a partner in the capital markets practice at the accounting and financial advisory firm BDO USA.

“There is a backlog of companies with private equity or venture capital money that are looking for an exit or a partial exit,” Hambleton said following the publication of a study, “The BDO IPO Halftime Report,” last month.

The semi-annual survey of capital markets executives found that almost two-thirds (65 percent) cited either venture capital (36 percent) or private equity (29 percent) portfolios as the greatest source of IPOs in the second half  of the year. By contrast, owner-managed, privately held businesses (20 percent) and spinoffs and divestitures (15 percent) were seen as a smaller source of IPOs in the rest of 2012.

Overall, sentiment was almost equally divided into thirds among executives who predict an increase from last year in the number of U.S. IPOs (33 percent), compared to those who expect a flat market (36 percent) and those who think the number will fall (31 percent).

Dealmakers are generally more bullish about their prospects, said Hambleton, one of the principal authors of the study. “I think this is the first time it has come near being that close.”

The biggest drag on the IPO market: global political and financial instability, cited by 59 percent of respondents. “Europe is a lot of it,” Hambleton said. By contrast, the uncertainty of the presidential election was a concern for one respondent in five (20 percent), while the threat of government spending cuts was cited by fewer than one in ten (9 percent).

Among the other findings of the study: More than two-thirds (69 percent) of respondents believe marketplaces such as SecondMarket and SharesPost, which provide platforms for trading in restricted shares,  are here to stay.  Nearly as many (66 percent) said they believe these private marketplaces are having a positive influence on the U.S. IPO market, but BDO noted that last year, more than three-quarters (79 percent) said they felt that way.