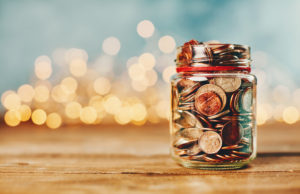 A private equity-owned US airport concessions company was approved for federal loans while it was mired in a labor dispute over benefits for laid-off workers, creating a dilemma for one of the firm’s most prominent investors.

According to US Treasury data, the company, Areas USA, was approved for between $14 million and $33 million in loans through the Paycheck Protection Program.

Areas, which Paris-based PAI Partners acquired last year, was approved for loans in April and May but the PPP funds were returned to the banks on May 19, a company spokesman told Buyouts.

“Areas did not keep or spend any portion of the taxpayer funds,” the spokesman said. Areas declined to say how much it received or explain why it was returned.

A document from the Small Business Administration said the data released July 6 only reflected approval by delegated lenders, and was subject to SBA review.

“The lender’s approval does not reflect a determination by SBA that the borrower is eligible for a PPP loan or entitled to loan forgiveness,” it said.

Starting in March, the company has been petitioned by a labor union to extend health insurance for laid-off workers amid the coronavirus crisis.

Areas said it was in compliance with the agreement it made with its workers at LAX and its union, Unite Here, stipulating it would provide healthcare coverage for three months following layoffs. For many workers, that deadline passed at the end of June.

Unite Here also represents laid-off Areas workers at other airports. These include Chicago O’Hare, where workers lost their coverage on March 31, and Miami International Airport, where they also lost coverage at the end of June.

Unite Here wants the company to continue to provide coverage to laid-off employees as the market disruption continues.

Unite Here and several laid-off Areas workers called into the July 8 meeting of the Los Angeles County Employees Retirement Association board of investments, conducted via teleconference due to the covid crisis.

After impassioned testimony from several workers who recently lost their coverage, Unite Here organizer Jordan Fein called on the pension to write a public letter to PAI. He said the investment now constituted an ESG (environmental, social and governance) risk for the pension.

“Other public pension funds have discovered that following public engagement with a manager, the manager suddenly realizes that it’s important to not only say that they care about ESG issues, which PAI has perfected, but to actually operationalize these commitments through active management of their portfolio companies,” Fein said.

“The issues with PAI necessitate LACERA taking public action. The fund can do so without jeopardizing its status as a limited partner. Your peers have done it before. It’s easy to do. And it’s the right thing to do.”

The testimony left several LACERA board members distressed, and tasked with formulating a response that works within the legal constraints of its limited partner agreement.

“Every month seems to be more grim,” said board chair David Green. “Obviously, we’re concerned as investors and people who care about what happens to not just our beneficiaries but the folks that we represent and make sure we’re investing in the right direction.”

“In making the investment in PAI, the board and LACERA accepted a legal structure and is bound by the legal structure that is documented in a limited partnership agreement,” he said. “LACERA agreed that it shall take no part in the external management of the partnership and has no power to act towards third parties.”

“We’re getting very, very close to passing that threshold where we’re interfering in the operation of an organization or a company when we have a limited partnership agreement,” said chief executive officer Santos Kreimann.

“We might be close to the line,” said board member Elizabeth Greenwood, a civil rights lawyer. “I don’t think we’re anywhere near over it at this point. I think these are very valid questions to ask of any general partner that we do business with.” She agreed that the letter could be private, though.

The board ended up passing a motion by Greenwood “to direct staff working with [the legal department]…to send a letter expressing the board’s concerns as we have discussed today regarding these issues, and to continue their conversation and to report back to the board what the response has been.”

The motion also called for staff to ask for performance data of the fund and to verify whether or not Areas actually received the PPP funds.

As of December 31, 2019, PAI Europe VII had a -32.26 percent net internal rate of return and a 0.7x total value multiple, according to the Washington State Investment Board’s website. The fund was still in the J-curve portion of its fund life, when costs exceed returns, which generally smooths out as investments mature.

When asked if the letter to PAI had been sent, LACERA spokesman Jonathan Harrington told Buyouts that as of Friday it had “no responsive documents.”

He directed Buyouts to a statement given by chief investment officer Jonathan Grabel for a previous story: “We actively engage and monitor all external managers within our rights as a limited partner and evaluate their performance prior to any future capital commitments.”

“Areas understands the pressure felt by employees and their families during this time of great uncertainty,” the company said. “The decision to lay off employees was not made lightly, and Areas is working to find solutions that will enable more employees to come back to work.”