The new pool, Riverside Capital Appreciation Fund VI LP, has raised $550.6 million from 42 investors toward its $1.2 billion target, according to a regulatory filing dated Jan. 4. The Securities and Exchange database shows that the firm, a specialist in small deals, also has raised $34.4 million from 27 investors toward a parallel fund, Riverside Capital Appreciation Fund VI-A LP, which is listed with a target of $300 million.

It was not immediately clear the distinction between the two funds. Fund VI has a $100,000 minimum investment for outside investors, while Fund VI-A has a $50,000 minimum.

The firm closed Fund V in the series in mid-2009 at $1.17 billion, bringing the pool in 30 percent above its $900 million target, as Buyouts reported at the time. Fund V has put more than $800 million of capital to work as of year end, acquiring 27 platforms and 21 add-ons. The fund holds a portfolio of 23 companies, after four exits that have generated a combined 33 percent net IRR and 3.0x net cash-on-cash return, according to Riverside.

Riverside is working with San Francisco placement agent Probitas Partners to raise the main Fund VI but shows no compensation being paid on the Fund VI-A vehicle, according to the filings.

The Asian fund held a first close in September, with some $70 million in commitments toward what is now a $150 million target, the source with knowledge said, while the European fund is likely to come to market by the end of 2013.

Riverside, with 20 offices around the world, targets companies with enterprise values of less than $200 million, but the firm does not specialize in particular industries or geographies. In North America it typically seeks companies with EBITDA of $5 million to $20 million. 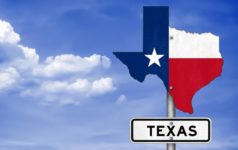 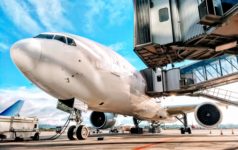 Firms & Funds 18 hours ago
Added to your Saved Articles
Loading
Unsave Article
Please confirm you would like to remove this article from your saved articles.
Share with other subscribers
Only logged in subscribers of this site will be able to access the shared article.