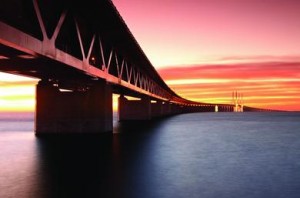 , the European arm of Cleveland, Ohio-headquartered private equity firm the Riverside Company, has completed its first deal in Sweden since launching its Stockholm office at the beginning of the year.

A subsidiary of Fortune 500 manufacturing group , was purchased for an undisclosed sum. Debt financing was provided by Icelandic bank Kaupthing and Nordic investor Eqvitec Partners, which put together the mezzanine tranche.

SPX Air Filtration has more than 5,000 customers, primarily in Europe, for its range of air filtration products. With origins dating back to 1928, the business operates under the Atex-Filter, Industri-Filter, Scandfilter, Climavent, Infiltro and Vokes-Air brands. The company has facilities in Svenljunga, Sweden; Sprockhövel, Germany; Geldrop, the Netherlands; and Burnley in the UK.

The HVAC market has long proved attractive for private equity investors, such as Gresham Private Equity, which bought Altair, a specialist manufacturer of filter systems and acoustic equipment in 2003 before selling it to GE Energy in early 2006; and Compass Partners, which acquired Eco, a manufacturer of coils and coolers for the HVAC sector, from a group of Italian investors in 2004.

Riverside has also made a previous foray into the HVAC industry. In 2005, the firm acquired Sentinel, a UK producer of branded residential heating system additives and chemicals.

Thomas Blomqvist, a partner at Riverside, said that Stockholm was chosen as the location for Riverside’s Nordic office due to Sweden being the “biggest country if you are looking at deal flow in our target segment, accounting for almost 50% of all deals coming out of the Nordic market. So, it is a natural place to be. If you are looking at other private equity firms, the Nordic ones normally have offices in most of the four countries, but the Anglo-Saxon funds typically place themselves in Stockholm.”

Tom Berggren, managing director of the (), agrees that the Swedish private equity industry is coping reasonably well with the vagaries of the credit crunch to-date. “We have strong investment activity with about the same level as the average for last year both for venture and buyout,” Berggren said.

In the SVCA’s report for the first quarter of 2008, buyouts totalled SKr9.1bn, compared with SKr10.3bn in the same period last year and SKr7.9bn in Q1 2006. Exits were down, however, with the number of divestments dropping from 33 in the fourth quarter of 2007 to 29 in the first quarter of this year, while amounts fell from SKr4bn to SKr2.7bn. Recapitalisations were the most likely source of exits, with secondary buyouts the next most popular form of disposal.

European Venture Capital Association () also backs up Blomqvist’s claims, putting Sweden in fifth place for European investments in 2007, accounting for about 5.5% of all private equity capital put to work during the year, ahead of Denmark, Norway and Finland in ninth, 10th and 11th places respectively.

“The owner of SPX Air Filtration was SPX Corporation, an American listed company, which contacted Riverside in the US through their advisers [Scott Gilbertson was the US partner who took the call],” said Blomqvist. “The subsidiary that they wanted to sell is European and has no operations in the US, so it was natural for our colleagues in the US to bring this to us.”

The SPX Air Filtration deal was unusual, says Blomqvist, due to its relation to its parent company.

“The chief executive of SPX Air Filtration was also chief executive officer of another subsidiary and did not come along with the deal, so hiring a new CEO was part of our acquisition process,” he says. “We have appointed Fabio Ferrari as a new chief executive as we needed someone who could manoeuvre efficiently in different European countries and with a relevant industrial background.”

Ferrari was most recently managing director, Europe of autoparts group Barnes Distribution, and before that managing director of the Europe division of KENT from 1992 until 2006, when it was acquired by Barnes.

Blomqvist adds that the unit’s previous CEO was located in Florida – “so we bought the subsidiary without a headquarters” – and so an HQ will be launched in Sweden “where SPX Air Filtration has a very strong market position”.

For Riverside, Sweden offers opportunities to do “as many deals as we can that are sensible and have the right merits”. Riverside’s sweet spot is the small to medium-sized segment, companies with enterprise values of €25m to €150m. The firm is currently investing from its €315m third fund, which closed last July.

The Stockholm office currently numbers two investment professionals, but Blomqvist says there are plans to expand later in the year. “There is significant deal flow coming out of the Nordic market,” he says.