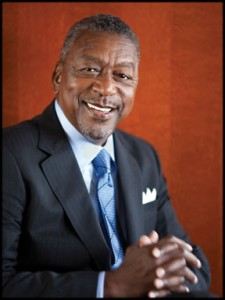 Managed by the Bethesda, Maryland-based buyout firm RLJ Equity Partners LLC, founded in 2006 with the support of The CarlyleGroup, the vintage-2007 fund didn’t make its first control deal for a platform company until 2010.

But the firm, founded by the billionaire media mogul Robert L. Johnson, has made at least three new investments in the past year, including two from Fund I, and as its inaugural fund crosses the two-thirds mark on deployment, RLJ Equity is said to be planning to return to the market next year, seeking $300 million for another bite at the apple. Questions likely to be on the minds of potential investors: whether the firm can profitably exit its investments, many of which remain unrealized, and how big a role co-investments and secondary deals played in its deal flow. Executives at the firm declined to comment for this article.

The Carlyle Group itself announced the formation of RLJ Equity at the end of 2005, as a strategic alliance that would develop co-investment opportunities, share private equity deal flow and execute deals. Carlyle owns 20 percent of the management company and is an investor in its buyout fund. Johnson told Fortune magazine last year that he got into private equity with the Washington, D.C.-based mega-shop because he and Carlyle Group co-founder David Rubenstein served together on the board of Johns Hopkins University. Rufus Rivers joined RLJ Equity in early 2007 from Carlyle Group, where he had co-founded Carlyle Mezzanine Partners; Rivers was named managing partner of the firm in April 2012.

RLJ Equity invests in traditional buy-outs, recapitalizations, and growth capital infusions. The firm invests primarily in North American companies with enterprise values between $50 million and $250 million, typically targeting investments of $15 million to $30 million, although it can go bigger with co-investments. The firm’s website lists 11 investing professionals.

In the meantime, Johnson through his holding company has been building out a complex of businesses, both financial and philanthropic endeavors, including a credit opportunities fund, a fixed-income investing business and a consumer lending operation that has a mission to “end payday lending as we know it today” to low-income borrowers. Indeed, RLJ Equity is viewed as a portfolio company of the larger enterprise controlled by Johnson, known collectively as the RLJ Companies.

“Anything that has to do with money, I want to be in that business,” Johnson said in an interview with CBS News in 2009.

Johnson made his fortune in cable television, launching Black Entertainment Television in 1980 and selling it to Viacom Inc. in 2001 in a reported $3 billion transaction that made him the first African-American billionaire. He stayed on as CEO until 2006, when he launched the RLJ Companies as his “second act,” with RLJ Equity as its centerpiece.

But deals were slow to come by at first for RLJ Equity. In addition to the Brazilian travel company known as CVC Brasil, a 2010 Carlyle Group deal with an RLJ Equity co-investment, the firm made only one other minority investment, a recapitalization of aircraft component maker LAI International Inc of Scottsdale, Arizona, joining Minneapolis-based Spell Capital Partners, which had bought the company in 2005. (RLJ Equity took full control of the specialty manufacturer in February 2012.)

The first control deal for RLJ Equity didn’t come until February 2010, when it acquired Fleischmanns Vinegar Co Inc, a producer of food products for use by other food processors, in a secondary buyout from fellow Bethesda firm American Capital Ltd.

That August, RLJ Equity bought Enhanced Recovery Corp, a collections agency based in Jacksonville, Florida. The firm said its investment created the largest minority-owned collections agency in the U.S. and would support the company’s continued growth.

It would be more than a year before the firm would strike again. In November 2011, RLJ Equity acquired Media Source Inc, a publisher and wholesaler of children’s books to the school and library market, from The Riverside Company of Cleveland for an undisclosed price. RLJ Equity was joined in the transaction by 21st Century Group LLC, a Dallas-based buyout shop, and New Canaan Funding Mezzanine LLC.

Another year later, in November 2012, RLJ returned to Brazil for a second time, in this case acquiring the Sao Paulo-based Tok & Stok, a home furnishings retailer that operates 35 stores in 19 Brazilian cities. That deal appears to have marked something of a turning point for RLJ Equity, as the firm has stepped up its activities.

And in September, the firm announced an investment in Pivotal 5 LLC of Chicago, a maker of fitness products such as yoga accessories and kettlebells, although that deal came not from  RLJ Equity Partners I but was the inaugural deal for the RLJ Credit Opportunity Fund I LP, a mezzanine pool that the firm launched in July 2012 with an initial $23 million close and a $100 million target, according to a regulatory filing.

Although the fund has not yet exited any of its portfolio investments, it has completed three dividend recaps and returned 18 percent of its invested capital, a spokeswoman said.

RLJ Equity Partner Fund I LP is returning a 1.23x investment multiple and a 9.5 percent IRR, as of March 31, 2013, according to the New York City Employees’ Retirement System, an investor. The agency reported that the fund was about two-thirds drawn, having called $13.4 million of New York’s $20 million commitment.

Those results put the fund in the top half of 2007 funds collected in the Buyouts database of fund performance. Top-quartile domestic buyout and turnaround funds of that vintage are returning better than a 1.4x multiple and 14.3 percent IRR, while the median is 1.3x and 8.9 percent, and the bottom quartile is 1.1x and 4.4 percent.

Now RLJ Equity is thinking of returning to the fundraising market, according to a person with knowledge of its plans. The idea would be to launch the sophomore fund after the first of the year, likely with a $300 million target, a moderate bump from Fund I, the person said, speaking confidentially because of restrictions on discussing fundraising.

RLJ Equity appears to like its chances, having continued to build out its roster of investing pros. In addition to long-time team members Rivers and Daphne Dufresne, a veteran of fund-of-funds manager Parish Capital Advisors and growth capital firm Weston Presidio, in February it added Jack Isaacs, formerly a managing director and partner in the growth private equity group at Kayne Anderson Capital Advisors, as director of business development to lead the firm’s West Coast marketing efforts. In March, the firm announced the promotion of Jerry Johnson(no relation to Robert Johnson), a former vice president of corporate development at American Capital, to the position of managing director.