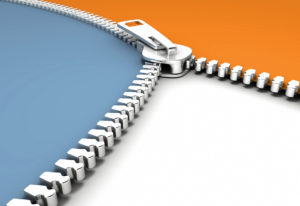 The financial crisis underscored the need for transparency in complex and opaque areas and investors and regulators alike are now demanding unprecedented levels of disclosure.

These demands are reinforced by new global standards for performance reporting: GIPS 2020 and ILPA 3.0. “Firms that prove themselves capable of adhering to these reporting standards will surpass those that delay their journey towards compliance,” says Anne Anquillare, chief executive of PEF Services. “We feel the future belongs to those who are able, not only to generate alpha, but to demonstrate those returns clearly and position them within the full spectrum of investment options.”

Indeed, the ability of U.S. private equity firms to embrace these standards could prove critical to the preservation of a light regulatory environment. Democratic presidential candidate Elizabeth Warren’s “Stop Wall Street Looting Act” provides a hint of what’s to come if the industry fails to take proactive steps.

“If we, as an industry, don’t make significant gains in transparency and standards, regulators will step in,” Anquillare says. “It feels as though we are one bad headline away from regulation. We are running out of time.”

With the demands on transparency escalating, and the stakes so high, a growing number of firms are turning to outsourcing partners to alleviate the burden of their fund administration requirements—and to outrun the regulators that are snapping at their heels.

It isn’t only the regulators that are becoming more demanding. Increasingly sophisticated limited partners are no longer just interested in IRRs. They require a broader range of data points and greater level of detail, as well as the ability to manipulate data according to parameters such as vintage year, geography or sector. And all in real time.

Not only is this additional burden on the back office leading a growing number of firms down the outsourcing route, but LPs are even insisting that managers outsource fund administration as a condition of commitment.

“Bernie Madoff did the fund administration industry a favor,” says James Wheatley, senior vice president at Mainstream Group. “He showed how a powerful CEO can influence an internal back office. Without that separation of duties, investors worry about the influence GPs may have. When those in charge of the checkbook realize their money is safer if the books of record are managed by someone outside, then a spike in outsourcing is sure to follow.”

Some investors, for example Dutch pension fund PGGM, are offering a pass to GPs with whom they have worked for a long time, explains Wheatley, but nonetheless, the trend is toward LPs demanding an outsourced model.

“I can think of five occasions in the past year where firms have made the decision to outsource because an investor said they wouldn’t come into the fund unless they did so,” adds Melanie Cohen, managing director at Apex Fund Services.

LP and regulatory requirements for greater transparency are also driving a need for substantial investment in technology. Until recently, it was not uncommon to find in-house teams, and even outsourced administrators, relying on Excel spreadsheets and basic general ledger software packages. That is no longer the case.

“Growing complexity, demand for transparency and the need for secure communications are driving the adoption of technology which offers increased visibility, accuracy, and security,” says Anquillare. “For many firms, the solution is to invest in technology that supports greater detail and transparency, whether that technology is maintained on-site or provided as part of an outsourced fund administration solution.”

Outsourced fund administrators are increasingly looking to embrace automation technology, meanwhile, as a shift in pricing model from billable hours to fixed transaction fees, has placed pressure on margins. For all but the largest in-house functions, however, the required investment has proved too steep.

“As systems continue to develop and there is increasing complexity around data, the effort and cost required to maintain an effective software platform is escalating,” says Justin Partington, group head of funds at IQ-EQ.

“Realizing automation opportunities will require investment of a high scale,” adds Chris McChesney, head of alternative fund services at Brown Brothers Harriman. “Not all general partners will have the ability to make those investments and will, therefore, look to partner with those who can.”

The threat levels have never been higher. A little over half of U.S. companies reported a cyberattack in 2018, up from 38 percent a year earlier, according to Hiscox. Nearly a quarter of private equity firms experienced a cybersecurity threat in 2018, an EY survey found, with 58 percent of those threats considered to be at least moderately serious.

And with more and more data now available—and critically in the cloud rather than on premises storage facilities—the onus is to ensure the highest standards of cybersecurity, with fund administrators and technology firms offering vital protections: “We get asked about how data will be held in terms of hosted services, for example, as well as who has access to that data,” says Iain Robertson of eFront. “Clients are doing much more stringent due diligence with a view to understanding the security models.”

Fund administration outsourcing among U.S. general partners is being driven, in particular, by a proliferation of spin-outs. Last year, Boston Consulting Group revealed that there were 2,296 private equity funds in the market—an all-time high. It concluded that this was largely due to the founders of the original private equity houses proving reluctant to cede control. Instead, a new generation of investors have taken their track records and set up shop on their own.

“Over the past five to six years there has been a quantum shift towards outsourcing, particularly driven by emerging managers,” says Wheatley. “Investors that have come out of the big houses such as Apollo and Blackstone, have seen this large cost center and all the effort required to manage it, and realized that all they really want is to do deals.”

In addition to jostling for jurisdictional access, fund administrators are chasing scale to facilitate technology investment and to lower overheads while maintaining margins, and, in some cases, to attract buyers.

For managers and their underlying investors, mergers and integrations can sometimes mean disruption, with both LPs and GPs warning that administrators must work hard to maintain service levels during this period.

Consolidation has also resulted in a pronounced polarization. “The biggest players are mopping up the market, while a handful of boutiques remain,” says Simon Gordon at JTC.

“The danger is that the industry giants focus their attentions on mega-cap managers, while the smaller players only have the resources to service the smallest funds. Mid-market firms could find themselves under-served,” Gordon adds.

The job’s just got harder

Indeed, there is no doubt that fund administration is a growing distraction for private equity firms. Structures are more complex and reporting more widespread. Regulation, meanwhile, is proliferating across the world. The job of the fund administrator has gotten harder.

“Once a relatively simple task, fund administration has become a resource-intensive and complex activity, requiring a higher headcount, greater expertise and more sophisticated technologies than ever before,” says Anquillare.

“Expectations among investors and regulators have also grown, requiring general partners to develop new capabilities and efficiencies to collect, manage and report on a greater range of fund data. Out of necessity, industry pressures have transformed outsourced fund administration into a viable option for funds of every type and size.”

Partington adds that the U.S. private equity industry is at an inflection point, as firms review their sizeable back-office teams and consider if they should continue to invest in-house or to outsource.

“For a growing number of GPs, outsourcing brings scale, helps the organization to cope with seasonal reporting and also allows fund managers to deal with SEC filings and compliance matters with ease and in a cost-effective fashion,” he says.

While a more onerous regulatory environment means European firms have long embraced outsourcing, U.S. firms have historically preferred to retain control of their back-office functions. But a combination of regulatory pressure, LP demands and the need for substantial technology investment have led GPs to rethink their strategic priorities. Outsourced fund administration is now increasingly the norm, on both sides of the Atlantic.