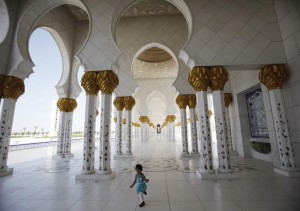 Although falling oil revenues have dampened inflows into sovereign wealth funds (SWFs) in the Middle East and elsewhere, the sector is still a huge pool of capital.

So sovereign funds’ increasing reliance on their own fund teams is significant for investment banks and asset managers, who have courted SWFs in recent years as other areas of finance suffered in the aftermath of the global financial crisis.

“This is a continuing shift to in-house capacity … with sovereigns wanting to be seen as leading institutional investors with deep expertise,” Nick Tolchard, head of Middle East at Invesco, told reporters in Dubai.

SWFs also see the shift as a way to cut costs, get more value for money and handle risk better, he said.

Sovereign wealth funds in the Middle East have the highest return expectations of sovereign funds globally, on average seeking around a 9 percent per annum return on their cash, said Tolchard.

Last week, the Abu Dhabi Investment Authority, one of the world’s largest SWFs, said the amount of its assets handled by external managers had fallen to 65 percent at the end of 2014, from 75 percent a year earlier.

SWFs are also looking to leverage in-house expertise by branching out into managing third-party assets, which generate returns and also enhance the funds’ reputation.

However, there were still areas where SWFs were using external managers extensively, especially when it came to investing in infrastructure and private equity.

The percentage of assets handled by external managers in infrastructure rose to 84 percent from 74 percent in Invesco’s 2013 survey.