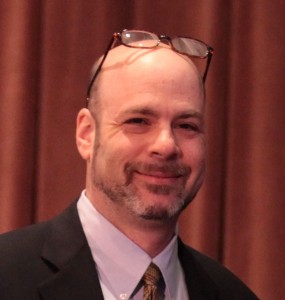 An agreement to amend and extend $120 million of secured debt that had come due in December 2011 fell through at the eleventh hour when a single hedge fund investor held out for a better deal, according to Matthew E. Gormly III, a managing partner at Wicks Group, which had purchased the healthcare publishing and education company in 2005.

But you’d be mistaken to assume the New York buyout shop got wiped out. With a big assist from adviser Gordian Group, the profitable company was able to reach an agreement with creditors to secure more time to pay off the debt, which represented just under 6x trailing EBITDA. And the Wicks Group experienced only “modest equity dilution” in the affair, according to a case study prepared by Gordian Group.

In fact, sponsors have a variety of tools at their disposal to achieve recoveries like these in the event of a bankruptcy filing or out-of-court restructuring.

That is the principal upshot of Equity Holders Under Siege: Strategies and Tactics for Distressed Businesses, the second book written by Henry F. Owsley and Peter S. Kaufman and published this month by Beard Books. Owsley is co-founder and CEO of New York-based investment bank Gordian Group; Kaufman is president and head of restructuring and distressed M&A. At varying times the investment bank has represented nearly all of the different constituents to be found in distressed situations — creditors, unions, buyers, sellers, litigants, defendants. ”But,” the authors write, “the core of our business, and our first professional love, is representing the owners of a company that has fallen on hard times.” (Update: The Gordian Group does not represent creditors anymore to avoid conflicts of interest.)

Buyout professionals learn from their corporate finance textbooks that what creditors and equity holders recover in the event of a sale or liquidation of a distressed business hinges on how high they sit in the capital structure. Recovery flows down in “strict priority” order. Are you the secured senior lender at the top of the waterfall? You get paid off completely before anyone else does. Are you a junior creditor? Any residual value goes to making you whole or at least partially whole (known as taking a “haircut” in restructuring land). Sponsors holding equity at the bottom of the ladder often look to be out of luck.

But sponsors shouldn’t despair, according to Owsley and Kaufman, partners for more than 25 years. In representing sponsors their aim, they write, is to “seek a disproportionately large piece of the value pie for Old Equity, even if others around the table legitimately believe Old Equity is ‘out of the money.’” Here is a brief run-down of 10 strategies sponsors might employ, depending on the situation, according to the authors:

I am a big fan of the writing of Owsley and Kaufman, having read and enjoyed their first book, the 2005 Distressed Investment Banking: To The Abyss and Back. I discovered it just as I became managing editor of the bankruptcy group of newsletters at Dow Jones, and found it invaluable in climbing the learning curve of the restructuring market.

As did that earlier book Equity Holders Under Siege… introduces readers to the colorful vernacular of restructuring—terms such as “cram-up,” to describe the way a bankruptcy court forces senior lenders to accept a recovery plan against their will. You’ll find some unexpected gems, like a sidebar that debunks some of the basic tenets of Efficient Market Theory. You’ll get a surfeit of practical advice, such as how to shift tactics when the valuation of a portfolio company is well below liabilities. And you’ll enjoy a host of analogies that aid in understanding, as when the authors use “Brownian Motion” to help illuminate the pricing of options and warrants.

The book is not perfect. You’ll find plenty of repetition, some over-the-top military references, and some unnecessary, soporific material like a primer on the debt and equity markets that comprises a large portion of chapter four. I would have preferred more attention given to the differences in challenges faced by mid-sized vs. large companies. The book features an appendix on in-court vs. out-of-court restructurings. But I thought the authors would have been better served weaving a discussion of those differences throughout. The biggest flaw: You won’t find a detailed example of a restructuring until nearly halfway through the book — the reorganization of defense, auto parts and aerospace company Tracor back in the 1990s. Kaufman in an interview explained that sponsors prefer operating in private and don’t want to have their distressed deals “trumpeted.”

I nevertheless recommend Equity Holders Under Siege as a well-executed introduction to strategies to maximize recovery for sponsors in distressed situations. When the economy will suffer another restructuring-laden recession is anybody’s guess. But sponsors would be well-served to think through their options well before their portfolio companies run into trouble.