Buyouts
Home Insight The next step in ESG: Creating a sense of belonging
Return to search 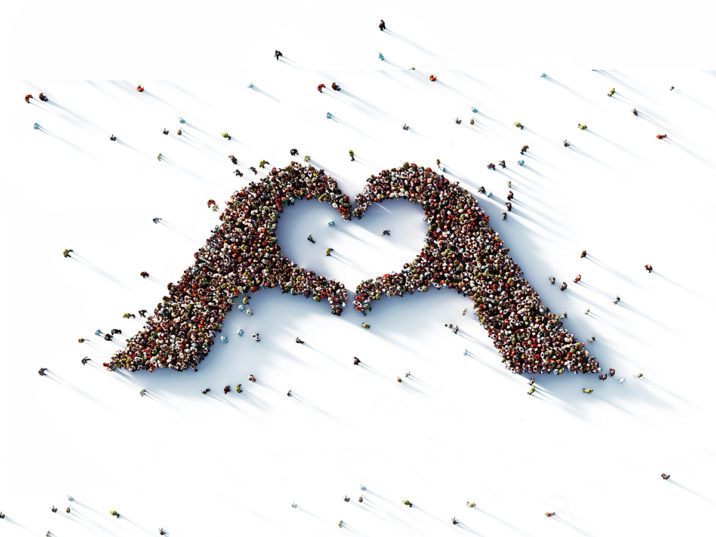 The British Venture Capital Association recently published a study of 186 European PE firms in conjunction with Level 20, a not-for-profit that campaigns for 20 percent of senior roles in European private equity to be held by women. That report, Diversity & Inclusion Survey 2021, shows 10 percent of senior roles are now held by women compared with 6 percent in 2018. Overall, investment teams are now 20 percent female compared with 14 percent in 2018, with the number of women in junior investment roles now up to 33 percent.

Pam Jackson, CEO of Level 20, says: “The survey confirmed that a lot of effort is being made to recruit women and diverse talent into the junior levels. You don’t find many lateral hires in private equity, and especially not among deal professionals, so the really important thing is for people to fill the base with a better level of diversity. The number of women at the junior level has increased significantly across the board, which is really positive and beneficial because unless you fill the hopper, nothing happens.”

Perhaps most notable is the fact that the number of all-male investment teams in the European sample has declined to 12 percent from 28 percent in 2018.

On ethnic diversity, where the BVCA gathered data from 73 firms with more than 2,700 employees across the UK and Europe, the data shows 17 percent of senior individuals in private equity and venture capital are Black, Asian or other ethnicities. Just 1 percent of senior professionals are Black, while 54 percent of investments teams are all-white.

“We are really seeing firms engage with us a lot more, asking questions about what they can do,” says Jackson. “The community is more engaged than it ever has been. GPs are asking us what they can do differently to ensure the people they hire at junior level flourish, grow and stay within their organizations. In the past year we have seen more firms than ever appointing senior deal-doing professionals as DE&I leaders to take action on this.”

The BVCA report suggests four recommendations and next steps for GPs looking to improve diversity in their ranks, focusing on data and transparency; recruitment and outreach; retention and progression; and culture and inclusion.

It is on the first point, around regularly collecting and analyzing data on diversity and participating in industry-wide surveys, that the investor community is now piling on the pressure. BVCA and Level 20 have created a data collection template and comparison tool to help GPs see how they’re doing against their peers and to support LPs that want to hold managers to account.

Helen Steers is a partner in the European investment team at Pantheon, a private markets investor with $66 billion under management. She says the private equity managers she invests with now see diversity and inclusion as a means to a competitive edge: “GPs see that being diverse and inclusive helps performance,” she says, “both in deal sourcing, because sending an all-white male team to talk to a management team that doesn’t look at all like that doesn’t create that chemistry, and in staffing, to attract the brightest and best and get more perspectives on investment conversations and portfolio management conversations.”

Kimberly Evans, North America head of private capital fund services at Northern Trust, says that just as everyone is seeking data-driven decision-making across the board, so too, is data on diversity and inclusion moving up the agenda.

“It is no longer enough for GPs to answer the top-level questions on this around ESG governance and metrics at the fund level,” says Evans. “Now they are being asked to go down to the portfolio company level to provide metrics across their investments. The LPs are saying, ‘Whatever the deal is, I want to know it meets these criteria and to project the impact that our capital investment can make.’

“While in the past it might have been okay to tick the box when investing in a Black-owned firm. Now the LPs are saying, that’s great and that satisfies some element of closing the economic gap, but how many Black and Asian people do they employ, how many jobs are they creating, and is that diverse talent in decision-making roles? It’s really about digging down.”

Evans argues that the pandemic has made a real difference to the attitude among investors, and that is trickling down. “We all had an idea that inequities existed,” she says, “but we didn’t know to what degree they existed until we saw fallout in just about every industry. Now we can see just how deep the issues are. That’s what’s forcing LPs to take their focus several layers down, because top-level fund metrics just don’t show what they need to know about the outcomes their capital is producing.”

Global law firm Paul Hastings has seen a similar uptick in the demands placed on private equity managers by the LP community. Anu Balasubramanian, vice-chair of the firm’s global PE practice, says: “From a reporting perspective, our GP clients have pretty stringent reporting obligations to their LPs, who want to understand the responsible investment policies underpinning the investment thesis, the levels of diversity on portfolio company boards, what initiatives are being taken at investment level to improve representation and the levels of ESG due diligence undertaken in investment decision making.

“There is also increased scrutiny from regulators, which combined with the impetus to protect jobs, support workforces and to be responsible investors and corporate citizens, has resulted in ESG becoming a key driver in the industry.”

She says that during the first three or four months of the pandemic last year, while GPs were focused on their portfolios, LPs were not deploying capital and instead had the opportunity to step back and think about the kind of investors they wanted to be.

“There is that increased momentum from LPs to hold GPs to account – on the other hand, from a portfolio company perspective, there is also a fundamental belief that well-managed companies will have better exit values; good ESG is an indicator of good management and therefore of better returns,” says Balasubramanian.

“This duality creates a positive confluence of circumstances for GPs to feel that they need to act now.”

Investors are not expecting their GPs to hold all the answers on increasing diversity and inclusion in the industry or across their portfolios, but no longer will they accept them not taking steps to drive change.

Pantheon says it takes diversity within its own ranks very seriously and as an investor has taken a comprehensive approach to ESG for many years, becoming only the second private equity signatory to the UN Principles for Responsible Investment back in 2007 and embedding ESG questionnaires and conversations into GP relationships early on.
“We have taken the same approach with diversity and inclusion,” says Steers. “What started off as conversations with GPs about the fact that this is not just the right thing to do but also a performance issue has evolved to the point where we now integrate this firmly into our due diligence processes. New managers need to report to us at the outset and as we monitor our portfolio we are monitoring through a DE&I lens.”

DE&I has been integrated into Pantheon’s due diligence questionnaire for three years and, from a monitoring standpoint, the LP ensures it is an item on advisory board meetings and AGM agendas and that numbers are being monitored.

“We rate all our GPs on ESG standards and it’s really quite detailed,” says Steers. “If a GP is not coming up to scratch in terms of their ESG rating then there’s a really difficult conversation to be had about whether we can commit in future. If they don’t get ESG, often there are other things they don’t get, too.

“It’s the same with diversity and inclusion; why would anyone resist that? We do hear that it’s not easy, and that I totally understand. That’s why groups like Level 20 can be really helpful with GP toolkits, because GPs need to do things like holding their recruiters to account. As LPs, we just have to keep asking the right questions.”

Steers talks to managers about the steps that Pantheon is taking to increase diversity in its own business, she says, while also telling GPs about the actions of their peers: “GPs are very competitive and if they think that their competitors are stealing a march in terms of hiring more diverse talent or building a better relationship with an LP, they take notice.”

Certainly, there are more and more examples of GPs taking decisive action to get on the right side of history when it comes to diversity and inclusion, whether motivated to impress their investors, millennial talent, management teams or regulators. Many are convinced that not only are such efforts the right thing to be doing, but they also bring better commercial outcomes.

Runa Alam is co-founder and CEO of Development Partners International, a leading private equity firm investing across Africa with $2 billion under management. She says that responsible investing originated in Africa and promoting gender equity and developing a pipeline of female talent is central to DPI’s mission and values. The firm’s third fund, ADP III, has been elected as the first 2X Flagship Fund by the G7 development finance institutions, part of the 2X multilateral initiative to mobilize $3 billion from private capital for projects that empower women and enhance their economic participation in developing country markets.

Alam says 45 percent of the professionals working at DPI are women: “We do continuous training on gender balance and eradicating unconscious bias,” she says. “We are diverse and we want to make sure that, in that diversity, everybody feels authentic, because people are at their most creative and productive when they can be themselves.”
Diversity is about more than just gender, she says, mentioning race, ethnicity, nationality, language, culture and upbringing: “We have had a non-discrimination policy in place for many years, and a whistleblowing policy. We make sure that when we interview for a role we have a diverse panel that looks at resumés and a diverse panel that conducts interviews.”

Alam adds: “We also try to ensure that everyone we hire is offered good sponsorship and mentoring, and we have recently launched a formal mentorship program, offering our colleagues mentors outside their immediate groups. When we hear of science-based initiatives in this area we will explore them and apply them where possible.”

She says DPI has demonstrated that outsized returns can result from such an approach, not least because the majority of the firm’s investments are in consumer businesses: “We know that somewhere close to 90 percent of consumer buying decisions are made by women, so bringing in women makes commercial sense for our companies. At the end of the day, making sure the best people make it to the top increases returns for our investors.”