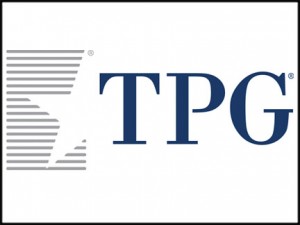 TPG is clearly not your average mega-firm. Rather than establishing its headquarters in New York City, as many of its peers did, the firm based its operations in Fort Worth, Texas, with a secondary outpost in San Francisco. While other mega-firms have gone public, the firm has steadfastly remained a private partnership, and while others have diversified into various other money management disciplines, TPG has remained focused on the investment of capital into private companies as its business model.

While other megafirms now offer funds of funds, separate accounts for large investors in a range of asset classes, placement agent services or other fee-generating activities, 85 percent of TPG Capital’s assets under management relate to buyouts.

Its overarching strategy until very recently has proven overwhelmingly successful for TPG, founded in 1992 by David Bonderman and James Coulter and now the manager of $55.3 billion of capital under management, according to its website. The firm can claim to a long streak of winners in diverse sectors: Continental Airlines, Del Monte, car service Uber, vintner Beringer Wine Estates, broadcaster Univision, travel service Hotwire, guitar maker Fender and retailers J. Crew and Neiman Marcus.

Over the past decade, TPG has been the second most active fundraiser in the industry, behind only The Blackstone Group, according to Preqin, the alternative-asset data provider. The firm has $57.5 billion in capital commitments over the period, including its 2008 vintage TPG Partners VI LP, a $19.8 billion fund, one of the largest buyout vehicles ever raised.

In recent years, the firm has also launched new fund strategies to invest in distressed debt, after hiring a team of special situations investors from Goldman Sachs, and it has taken advantage of a new openness in China to outside capital by investing in two city-specific funds there. Asia is a long-standing focus for the firm; it has invested more than $6.4 billion in the region through six funds dating back to 1994.

Bonderman cut his private equity teeth while working for Robert Bass, of the famed Texas investing family, in the 1980s.

It was while he was at the Bass Group that Bonderman met Coulter, according to the International Directory of Company Histories. Bonderman, who as an attorney had worked on the complex 1982 bankruptcy reorganization of Braniff International Airlines, and Coulter left the Bass Group in 1992 to form TPG. Its foundational deal: a $66 million investment in Continental Airlines, which at the time was going through its second bankruptcy reorganization in a decade, according to Forbes. That turnaround ultimately would earn a $640 million profit for the firm, Forbes reported.

The firm followed up with the J. Crew and Del Monte deals in the 1990s, companies that would cycle through the private equity constellation again in the decade that followed, and starting in the middle of the last decade, around 2005 or 2006, the firm developed a strategy of diversified funds, including fund of funds, growth, distressed debt, biotech, middle market and regionally focused funds; last year, in addition to a fund targeting Asia, TPG teamed with local partners to establish funds in two individual cities in China.

But the firm’s vaunted reputation faces new challenges. The financial crisis was particularly hard on the firm, which led a $7 billion investment in troubled Seattle mortgage lender Washington Mutual Inc in April 2008 only to lose its entire stake when the federal government stepped in five months later to sell WaMu to JPMorgan Chase & Co. (Forbes would report later that TPG put only $1.3 billion of its own money into the WaMu deal.)

The bigger black eye from that era could involve Energy Future Holdings Corp, the Texas utility that became the target of the largest buyout deal in history through for a $45 billion club deal, which was led by TPG alongside Kohlberg Kravis Roberts & Co and Goldman Sachs Group Inc’s private equity arm GS Capital Partners. Energy Future Holdings soon ran into trouble, first through the economic slump that reduced demand for energy, then by a collapse of natural gas prices during the recovery, a result of new technologies such as hydraulic fracturing.

At the same time, TPG has had difficulty finding places to put all of its gigantic main fund to work. Limited partners recently approved the firm’s request to take another 12 months to deploy the estimated $3 billion that remains uncalled in its $19.8 billion, vintage 2008 Fund VI, sister news service Reuters reported in August; with that agreement, the firm now has until February 2015 to finish investing the pool.

As a result, Fund VI’s returns have been less impressive than some of the firm’s earlier vehicles, with a return multiple of only 1.2x and an 8.0 percent IRR as of March 31, 2013, according to CalPERS. (WaMu was the first investment from Fund VI.) The predecessor Fund V, which holds the Energy Future investment, is underwater, CalPERS reported, with a 0.9x multiple and an IRR of -1.4 percent.

At the same time, the firm has been refining its focus on equity investing. TPG Opportunities Partners, the group led by Alan Waxman, former head of the special situations group for Americas at Goldman Sachs, is seeking $2.5 billion for its third fund since 2009, sister website peHUB reported, citing Bloomberg News, while earlier this year, another credit-investing affiliate, an autonomous group based in Minneapolis and led by Rory O’Neill, spun out to form Castlelake LP, with a focus on investing in distressed debt. TPG also established a specialty lending platform within its TPG Opportunities Partners unit to focus on middle market lending.

TPG is said to be planning to raise $8 billion to $12 billion for Fund VII, according to peHUB. In addition, the firm is said to be starting to market its first dedicated real estate fund, and a recent investment in the mining industry prompted the Financial Times to speculate whether a mining fund might be next.

All this raises the question whether fund performance will diverge, if specialized real estate or biotech investments perform better than the flagship fund, but people close to TPG say that investors will weigh each fund against strategic peers, so that as long as they are in the top quartile for their strategy, future funds should find acceptance as they come to market.

Also arises the question of whether TPG itself should issue stock, as a number of its peer group already have, a roster including Apollo Global Management, the Blackstone Group, KKR and Oaktree. Partner Jonathan Coslet weighed the question at a recent conference, noting that an IPO could provide a realization for the founders, as well as a currency with which to build the business through acquisitions. A source of permanent capital could also help the firm establish a track record in a particular strategy, using its own balance sheet, in advance of raising third-party money.

“We have no intention to go public, but we have to watch our competitors, like any company in any industry, to be sure we maintain our competitive advantage,” Jack Weingart, a senior partner in the firm, told Buyouts. “So far we believe that it is in our best interest, and in our LPs best interest, for us to remain private, and maintain our focus on delivering excellent investment returns.”

So far, the firm has seen no disadvantage from remaining private, and has no plans at this point to change its approach, he added.