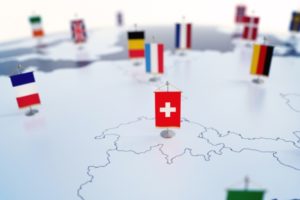 Unigestion Direct II raised about €200 million ($237 million) since its first close last year, which was for almost half of the target, as Buyouts reported. The fund’s hard-cap is €800 million ($948.5 million).

This fund’s target is more than twice the size of its predecessor, Unigestion Direct Opportunities 2015, which closed on €255 million ($302.3 million). Buyouts reported last year that the fund has a 1 percent management fee and a 10 percent carry.

Last year, sources said the firm would finish deploying that fund before beginning on the second one. Now, the fund has closed six deals this year with two more expected by the end of the year. By that time, about 25 percent of the fund would be deployed.

The firm plans a final close early next year, the source said.

The fund will do mostly buyouts in industries with strong underpinning trends, that are cash-flow generative and show resilience through market cycles. It is a globally-focused fund, with possible investments in the US, Europe and Asia, but will be weighted towards the first two.

LPs in the fund are mostly institutions, including public and private pensions, insurance firms and multi-family offices.

Unigestion manages about $23 billion with offices in Geneva, Paris, London, Jersey City, New Jersey, Singapore and Toronto, among other places. It is also raising a secondaries fund, according to sister title Private Equity International.