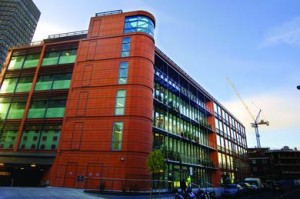 UK powerhouse 3i wins VC House of the Year: Technology following 12 months which saw the firm make a series of investments and successful, profitable exits in the technology sector in the UK and across the Continent, despite a rather mixed year overall for European venture.

Optimism remained high but the mood was a little dampened by the somewhat surprising lack of exits, primarily a result of the volatility of the public markets. But this failed to prevent 3i, last year’s winner in the life sciences category, racking up some important and substantial returns in 2006.

Among the exits is Magix. Magix is a German multimedia software provider which made its debut on the Frankfurt Stock Exchange in April. The IPO was 13.2x oversubscribed, and saw 3i sell 40% of its shares (retaining a total stake of 11.2%, or 5.8% if Greenshoe exercised), making a 3.8x return. The firm has backed Magix since 2000, investing a total of €10m since that time. Magix was created in 1993 by Jürgen Jaron and Dieter Rein who remain shareholders and active management at the company. It is a company which provides multimedia software, online services and digital content both for consumers and commercial customers all over the world, with services that include the licensing of photographic, video and music software to individual users and the licensing of professional software to commercial music producers and to television and radio broadcasting companies. Based on 2005 sales, Magix is the leading consumer software vendor in Germany and one of the top three leading market players in the US with a competitive European position.

The firm ended the year on another successful exit, this time of eDreams, the fastest growing online travel company in Europe. The business was sold to US private equity firm TA Associates in a rare case of a secondary buyout in the venture world. TA paid €153m for the seven year old business, which has its headquarters in Barcelona and which is also expected to announced sales of around €300m for 2006. Founders Javier Perez-Tenessa and James Hare reinvested a significant percentage of their shares into the company and will continue their management role.

Founded in 1999, eDreams is the number one online travel agency in Southern Europe, offering a selection and prices for flights, hotels and vacation packages to customers in Spain, Italy and France through the use of innovative search, packaging and booking engines via the Internet. Over six million customers have purchased their hotel, flight and vacation packages through eDreams since launch.

In terms of investments, 3i continues to outpace its rivals. It has acquired a 12.5% stake in a Finnish provider of interactive TV programming services called Redlynx, led a €22.5m funding round for German mobile phone hardware specialist Dialog Imaging Systems, led a €5.5m financing round of Screentonic, a mobile phone advertising business, participated in a €5 financing of inLive, a producer of interactive TV software headquartered in Israel, and made sector partner Nick Kingsbury CEO of UK software business Chronicle as part of a €4.5m funding round it co-led. 3i also provided seed funding to Light Blue Optics, a Cambridge-based developer of miniature projection technology, co-led a €12m funding of DeepStream Technologies, a specialist in sensor technology, and invested €15m in a series C round for Icera, a UK cellular wireless semiconductor company.

3i has also been actively supporting European technology in other ways, such as extending its international network by investing over €15m in an Israeli VC fund, Giza Venture Capital’s fourth fund. This investment extends 3i’s global venture capital activities to Israel, where it will invest primarily alongside Giza, in Israeli companies with highly disruptive technologies.

A particularly significant move was the creation of a Venture Capital Advisory Board. Consisting of technology experts and experienced venture capitalists, the board will work alongside 3i’s VC team, which is lead by Jo Taylor, to encourage entrepreneurship. Board members include Dr Ahmad Bahai, co-inventor of Multicarrier CDMA and a world renowned researcher in wireless technology; Hossein Eslambolchi, entrepreneur and advisor to Silicon Valley firms and technology evangelist; David Nagel, former President/CEO of PalmSource; and Paul Saffo, the futurist and thought leader.

The firm ended the year with an appointment, that of Jonas Risberg, hired as partner to its global venture business with responsibility for investing in IT and communications businesses in the Nordic region as part of 3i’s focus on driving innovation in consumer technology globally.

In all it marks the end of a successful year for the 3i venture team in the technology world, 12 months in which they added to their already considerable reputation in the sector by investing in both seed and later stage companies, as well as driving forward their strategy to support venture capital across Europe and explore new avenues by exploiting the experience and knowledge of technology visionaries, VC veterans, and distinguished thinkers.