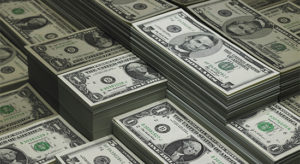 Viking Partners has closed its fifth real estate fund at $130 million, beating its $125 million. The Fund V’s investors are mostly high-net worth individuals. Viking targets office/flex, multifamily, mixed-use, industrial, hotel and retail properties between $10 million and $50 million, as well as sub-performing or non-performing loans secured by those assets,

Since closing its first fund in 2010, Viking has raised a total of $400 million, primarily from high-net-worth individuals. Just over 70% of investors in Fund V have invested in one or more of Vikings’ previous funds, which in the aggregate have made approximately $1.2 billion in property acquisitions.

“In our experience, a changing market presents new opportunities, and we will continue to focus on real estate assets that will benefit through our hands-on leasing, management and/or redevelopment,” said Caller. “We are humbled that both new and existing investors continue to put their trust in our team and investment strategy.”

ABOUT VIKING PARTNERS
Viking Partners was founded in 2008, and has raised approximately $400 million in equity, mostly from high-net-worth individuals that has resulted in the acquisitions of approximately $1.2 billion of real estate. Viking Partners is currently seeking acquisition opportunities in the Midwest, Southeast, Southwest, and Mountain West. For more information, visit (http://www.vikingpartnersllc.com).