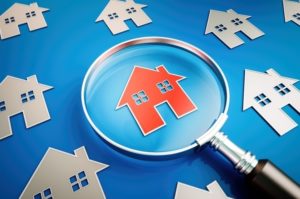 VWH Capital Management, a woman- and minority-owned private debt firm, is seeking $1.5 billion for a third fund to invest in residential non-performing loans.

The target for VWH Partners III was disclosed in a recent report by City of Hartford Municipal Employees’ Retirement Fund. The pension system is committing $15 million.

VWH was founded in 2014 by Vivien Huang, a one-time senior financial services executive. Prior to launching the firm, she was with JP Morgan, heading structured mortgage products. Earlier, she was with Goldman Sachs, where she built and led a mortgage credit team and helped trading desks and clients develop portfolio strategies to navigate through the financial crisis.

Huang set up VWH with a niche opportunistic strategy aimed at dislocation in the US residential mortgage market and other distressed debt, the City of Hartford report said.

For the most part, however, VWH today focuses on acquiring residential non-performing loans in public auctions held from time to time by government agencies like Fannie Mae and Freddie Mac. Once the assets are bought, generally at a discount to par value, the firm looks to service non-performing loans back to a re-performing status and securitize them for investment by third parties.

Fannie Mae and Freddie Mac sell non-performing and re-performing loans to reduce the amount of delinquent assets in their inventories, according to the Federal Housing Finance Agency’s website. Transactions also shift the credit risk associated with these loans to the private sector.

Agencies like Fannie Mae and Freddie Mac began holding auctions in 2014, with the volume of sales expanding steadily since then, the City of Hartford report said. To meet the opportunity set, VWH sized Fund III well above the capital raised by Funds I and II.

The vehicle’s investments will likely make up 15 to 20 “line items,” consisting of thousands of underlying residential non-performing loans, based mostly in New York, New Jersey, Florida, California and Illinois. The average deal size will be $50 million to $100 million.

VWH did not respond to a request for comment on this story.