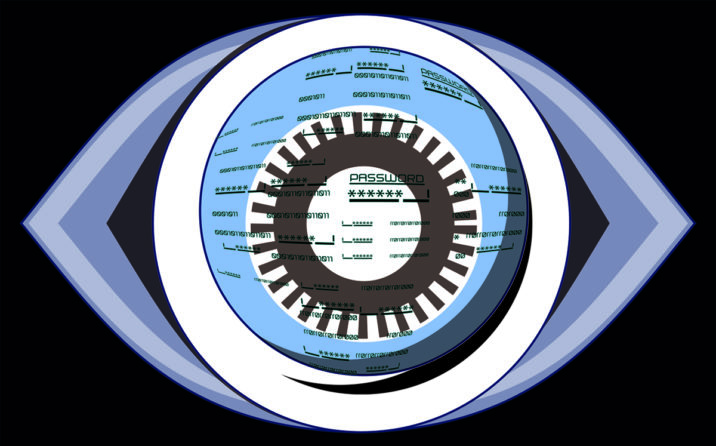 Though the pandemic brought many aspects of life to an unprecedented halt, the hunt for companies by private equity firms continued, after a brief adjustment period. Technology was central to enabling the industry to press on, and some adaptations seem likely to persist beyond the return of business travel and in-person meetings.

“It was interesting how quickly people adapted,” recalls Matthew Minnaugh, director of business development at Century Park Capital Partners in Los Angeles, admittedly after “a little bit of lag time.” Despite the switch from office to home, Minnaugh says his work didn’t change much at first. But as he continued reaching out to the bankers with whom he’d normally be in contact, he soon found that “the response was overwhelming, because people had time on their hands.”

“Investment bankers didn’t have assignments, and so really for the first time a lot of them started focusing on relationship building with private equity first,” Minnaugh explains. Catch-up calls that would have been 15 or 20 minutes instead ran 45 minutes to an hour.

As for Zoom, Minnaugh says Century Park started using the now-ubiquitous platform years earlier, “so we were used to it.” Once the pandemic hit, videoconferencing was incorporated into the weekly investment committee meeting.

The firm has an office in Menlo Park, California, “so we started doing it just internally. We also started doing it more with our portfolio companies instead of always going out and meeting every quarter face-to-face.” Even management presentations, deep enough into the sales process that the pool of potential buyers has been narrowed down significantly, became online affairs.

“We found several opportunities that we were able to do since the start of the pandemic,” says Chip Schorr, senior managing director at One Equity Partners. “We kept our outreach going. If anything, we ramped it up a bit.”

Schorr credits his firm’s in-house research department, as well as the “longer dated sale cycle” of its strategy, which is “merger-driven, focused on investing in platforms to help them buy their nearest and dearest competitors.” He says One Equity Partners “benefited from the fact that these dialogues go on for a reasonable amount of time, and therefore we have a pretty robust pipeline.” But he also mentions the increased ease of getting in touch with people.

“I wanted to get to know a specific CEO of a Fortune 500 company, because there was a division I thought it made sense to combine with,” Schorr says. In normal times, it might have taken up to three months to make the
connection.

“In this situation, I reached out, he had an opening the next day, we did an hour-and-a-half call. We’ve talked eight or nine times since that first introduction, we’re now under NDA on the opportunity, and that all took place in a virtual world.” The ease of remote interaction also led One Equity to add resources, “because we were more able to access some people virtually to support the research department.”

For tech specific to deal sourcing, Minnaugh mentions Axial’s network, which he says more and more firms joined during the pandemic. “This year we joined SourceScrub, an interesting technology tool purpose-built for private equity firms. Essentially they provide a platform where you can find companies that meet your interests, your investment criteria and industry sectors,” along with names and contact information of CEOs and owners. “Sutton Place Strategies was helpful too during the pandemic, because we want to make sure we’re seeing every relevant deal.”

Other firms turned to in-house tools. For instance, Bregal Milestone, a European tech-focused growth firm, relied on its proprietary platform, Beehive. “A lot of firms will purchase different lists or use different databases,” says Ian Kwok, a principal with responsibility for managing the firm’s technology stack. “We wanted to take it a step further, to layer all of the information that we can find publicly available.” Algorithms pick out certain signals from this data to identify companies of interest to the firm.

Kwok says Bregal Milestone’s investment in Uberall, announced in June, was sourced through the Beehive and local networks. The German company helps businesses manage their online presences, specifically through “near me” searches (eg, “closest coffeeshop”). “We met management online, did the due diligence virtually, and closed the deal virtually, without ever having met the founders,” Kwok recalls. “Obviously, coming out of this now, we would love to fly to Berlin and have a proper closing dinner and celebration. But that was a deal that was done practically all on a combination of Zoom and [Microsoft] Teams.”

“Diligence changed obviously pretty dramatically,” Schorr says, and in some ways positively: “Historically, you would move numerous people, your advisers would descend on a company and really try to attack the due diligence. Lots of face-to-face human interaction, but generally pretty tightly controlled.” On video, “we found that the level of engagement we could have with potential investments went up.” The distractions of travel were eliminated, people were more available, and efficiency was increased by breakout sessions.

“I feel that we were able to get much deeper into the situations than when you only had the head of sales for one day, because then he was off to Malaysia for one week, and you’d have to send follow-up questions via email,” Schorr says. “Instead, you could do Zoom sessions every day on the sales workstream. You could do that investment follow-up; you just had a lot more interaction and a lot more depth.”

“From a diligence perspective, many teams adapted very well to virtual sessions,” says Chris Dalton, managing partner of BKD’s transaction advisory services. “In certain circumstances we had management teams that preferred multiple shorter virtual sessions that could span over a number of days. However, we had other management teams that preferred to get our virtual meetings knocked out within one or no more than two lengthy diligence sessions.”

The use of tech in diligence reportedly extended beyond videoconferencing into more novel approaches. “We heard of some groups leveraging various technologies like drones or robots in place of physical site visits,” Dalton says.

Of course, there have been drawbacks as well. Even a software investor such as Kwok, who never had to visit factories to kick the tires, found his diligence process impacted by pandemic restrictions. “The most physical aspect of my industry was management diligence: Do you trust management? Sometimes you can’t really tell body language over a call, you need to spend a few days with them formally and informally. That obviously is a challenge.”

The inability to have a meal or a drink with a management team can cause issues beyond diligence: “If there are conflicts during the execution phase of the transaction, you haven’t built up that interpersonal relationship [from] an in-person meeting to help smooth it over.”

Going forward, Kwok believes the industry will be more efficient, with introductory calls followed by face-to-face meetings only for deals that are further along.

Schorr agrees: “A lot of the initial meetings that people historically had in person will continue in a virtual world. What will be added back [physically] is some of the more intense negotiating meetings, some of the more strategic meetings.”

In-person board meetings have already started to come back, he notes.

Industry conferences remain a question mark. Kwok says virtual gatherings have been “sort of a one-sided experience” lacking the “serendipitous or ad hoc meetings or exchanges of ideas that happen in real life.”

Minnaugh has had a different experience: “With the virtual conferences, I’ve met a lot of new firms and new people at those firms that I probably never would have met otherwise at the in-person ones.

“All of this technology will persist,” he says. “Prior to the pandemic, firms were probably still a little resistant and slow to adopt these technologies. But now they have to use them, it’s par for the course. It’s a small world, there may be thousands of private equity firms, but it doesn’t take your competition long to catch on to the tools you’re using.”

That of course includes the video conferencing software that seemed to have taken over all our lives. “It’s forever ingrained in our daily lexicon,” Minnaugh says. “There’s probably not a day that goes by that I don’t say the word ‘Zoom.’”