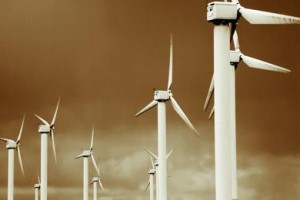 As America wakes up to the threat of global warming, the nation’s burgeoning wind energy sector is presenting some tantalising opportunities for private equity investors.

Decades of under-investment in conventional power generation means that electricity is comparatively expensive in parts of the US. According to Michael McNamara, an analyst at investment bank Jefferies, this means that the economics of wind power stack up better in the US than in many other parts of the world.

He says that long-term underinvestment in traditional power stations in parts of US such as the north-eastern states, when taken together with plentiful and reliable supplies of wind in these same regions, means wind farms can become profitable – even without the need for state subsidies.

“There are few parts of the world other than Italy where that is possible,” says McNamara. This makes investment in new or early stage wind farm projects in such territories particularly attractive given the uncertainty over the future direction of US subsidies.

Parts of the American Mid-West also have the advantage of being both sparsely populated and comparatively un-lovely. This means that wind farm developers face fewer obstacles when seeking planning permission than in more crowded and conservation-minded parts of the world such as the UK, says McNamara.

A corollary is that it is possible to build wind farms that are much larger in the US than is possible anywhere else in the world, which creates clear economies of scale. In fact, nine of the 10 largest wind farms in the world are located on North American soil – including the world’s largest, the 736 MW Horse Hollow Wind Energy Center in Texas.

However not everything in the US’s wind energy garden is rosy.

The most immediate obstacle facing investors is uncertainty over tax credits. Congress has not yet decided whether to renew production tax credits (PTC) after December 2008. Another problem, common elsewhere in the world, is underinvestment in transmission infrastructure. Without adequate wires to connect wind farms to the country’s population centres, they rapidly become white elephants.

Randall Swisher, executive director of the Washington DC-based American Wind Energy Association, argues that previous short-term extensions of the production tax credit only served to create a boom-and-bust cycle for the industry which meant that companies struggled to make long-term plans. The AWEA is lobbying hard for the PTC to be continued on a long-term basis after December, claiming that US$19bn of investment and 76,000 wind energy jobs could otherwise be put at risk.

“Given its strong growth, the wind energy industry is a bright spot in the US economy,” says Swisher. “Hopefully, federal policymakers will take note and move quickly to extend the wind production tax credit incentive, providing the foundation for further investment and job creation going forward.”

He says that facilities formerly used to produce steel, railcars, trucks, submarines and household appliances have been given a second lease of life for the manufacture of components for the wind energy sector. “However investors are holding back because of Congress’s delay in extending renewable energy tax credits.”

Leading private equity investors in the sector include Goldman Sachs and Zug-based Good Energies. Last year Good Energy – established by the C&A retail dynasty the Brenninkmeijer family – topped the annual rankings compiled by London-based researchers New Energy Finance (NEF). It made 20 renewable energy investments worth some US$100m last year, many of them in the US. Among these were investments in wind farm developer Everpower Renewables (based in New York) and Sequoia Energy (based in Winnipeg, Canada). Goldman Sachs, which made only nine investments, beat Good Energy in terms of value of deals done –these reached US$443m according to NEF.

Another major development in the US market last year came when Credit Suisse committed US$300m to private equity firm Hudson Clean Energy Partners in order to make renewable energy investments. As part of the deal, John Cavalier, the investment bank’s head of renewable energy, moved across to Hudson as a partner.

However the credit crunch has caused problems for private equity investors in the sector in recent months, enabling trade players such as Germany’s E.on and Portugal’s Energias de Portugal to mop up the biggest deals in the sector.

However, opportunities in the sector are not limited to the development and ownership of wind farms. Given the supply crunch facing the wind turbine sector there is also plenty of scope for investment in US-based specialist suppliers of turbines, blades and gearboxes.

With or without large-scale private equity involvement, the US looks certain to surpass Germany as the country with the world’s largest installed capacity of wind energy within the next few years. According to the Earth Policy Institute, the country added an impressive 5,244 MW of installed wind energy capacity in 2007, compared to just 1,667 MW in Germany. Overall this gives the US 16,818 of installed capacity compared to Germany’s 22,247 MW.