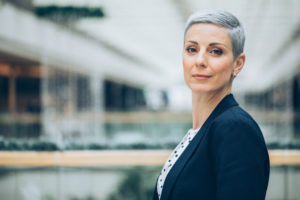 Women make up less than one-tenth of senior executives in private equity and most of them can be found in investor relations and marketing, according to data from Preqin.

Private debt falls in between PE and VC. About 11 percent of senior executives were women while 22 percent were in the middle tier.

The data is from Preqin’s upcoming “Women in Alternative Assets” report, which looks at women in different segments including PE, VC, real estate, infrastructure and hedge funds. Preqin expects to issue the report in mid-October, said spokesman William Clark.

Preqin routinely issues reports on women in PE but followed a somewhat different methodology for the alternative-assets report, Clark said. The data provider has about 200,000 contacts in the alternative-assets industry and divided this up by gender, seniority and region, Clark said. About 57,000 men and women were in private equity, while 35,000 were in venture capital, he said.

Asked why the different classes, like hedge funds, PE or VC, show such low numbers of women, Clark noted that many of the firms were launched around the same time. “The oldest PE firms were founded in the 1980s, and compared to other industries, it’s still a very small industry,” he said. “It would make sense that we see some correspondence between asset classes.”

Real estate had the biggest percentage of women, 20.6 percent, Preqin said. VC ranked a close second with 20.5 percent, while infrastructure came in third with 20.3 percent. Private equity came in last with 17.9 percent.

For senior female executives, 27 percent were in investor relations/marketing, while 22 percent could be found in finance/accounting. Only 9 percent of women held senior investment positions, Preqin said. (The data provider found that 4 percent of women were on company boards.)

When it came to regions, Asia had the highest percentage, 11.2 percent, of senior-level female executives. North America came in second with 9.5 percent, while Europe had 8.6 percent. The rest of the world ranked last with 8.2 percent senior female executives, Preqin said.