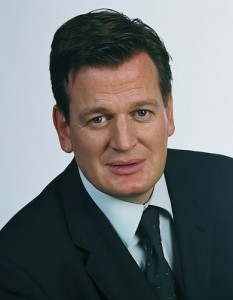 Thirty years in private equity investment is an achievement. represented a radical innovation with respect to the market at the time. The group began as an independent private sector entity with no core shareholders, raising capital from independent investors (institutional investors and family offices). The team has stuck firmly to its beliefs, adhering to its market segment and refusing to gravitate towards the mega deals that attract publicity. And the firm is one of the pioneers of middle-market private equity investment in France, a business that has attained impressive success.

The group has contributed to the development of over 600 SMEs in France, including a number of success stories such as Cap Gemini, Lafuma, Norbert Dentressangle, Sangstat Médical, La Grande Récré, Lamy, and Maisons France Confort.

Founded in Lyon in December 1977, initial activity consisted of approaching CEOs and persuading them to accept investments from outside shareholders. The managers then took the model nationwide, opening offices in Paris, Nantes, and Lille. Today, the team of 26 middle-market professionals is spread across France. This unique approach has helped Siparex to take root in its domestic market and to benefit from a presence in local networks.

International expansion began in the US and followed in Russia. The firm then set its sights on Europe, assisting clients seeking to take advantage of Europe’s M&A and buyout opportunities and to gain a foothold in countries with a wealth of SMEs but a less mature private equity market. Upon strong encouragement from investors, the team opened offices in Milan and Madrid with the support of strategic local partners and also created solid partnerships in Tunisia and Morocco.

Siparex, above all, is a local approach with the resources of an international network. This network is cultivated through , which includes investors, shareholders, and investee company CEOs.

Survival of the fittest

A firm footing in the working economy in small mid-market operations consisting of minority asset transfers (OBOs), equity injections to accompany acquisitions and majority buyouts of closely-held companies or the group’s former subsidiaries affords private equity firms the best defence against the financial upheavals that follow periods of excess.

The needs in this segment are substantial: with 500,000 companies changing hands in France, CEOs will have to prepare for a change of ownership, starting with a diversification of their assets (eg via OBOs). Several initiatives, such as France Investissement for instance, are now in place to encourage the emergence of French and European champions in the global economy. The French Government set up this programme in 2006 in partnership with the Caisse des Dépôts and private interests, to raise €3bn dedicated to equity funding for SMEs with the intention of durably boosting business development and growth, knowing that the French economy needs strong SMEs with the means to innovate and export on a global scale.

Equity will become increasingly important amid a growing number of technological discoveries and inexorable globalisation, which is a source of both risks and opportunities, as they contribute to instability in the world economy.

In Siparex’s thirty years of existence the group has successfully overcome relatively serious crises. It is during such periods that such a business model demonstrates its pertinence. One of its advantages lies in the fact that the team limits itself to a single market sector: that of companies valued at less than €100m. Although returns may sometimes be lower in boom markets, they are consistent in times of turbulence, such as the period we are now experiencing. Crisis situations tend to purge and consolidate, allowing the best – those that offer their investors both long-term returns and security – to rise to the top. The lower asset values resulting from the current bubble deflation will most likely provide good opportunities for those who have weathered the crisis intact.