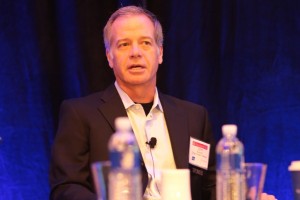 Oregon Investment Council at its June 1 meeting made its first commitment to European buyout giant Permira, allocating as much as $250 million to the firm’s sixth flagship fund.

Oregon investment staff and consultant TorreyCove Capital Partners were united in recommending Permira VI for the retirement system, though there were some concerns about turnover in the years following Fund IV’s 2006 close.

Many of the departures were associated with the “right-sizing” of Fund IV, which the firm shrunk to 9.6 billion euros from 11.1 billion euros raised, according to Oregon documents.

The firm continued to downsize with Fund V, which ultimately raised 1.2 billion euros less than its initial 6.5 billion euro target. Sized at its current target, Fund VI would be the largest Permira fund since the global financial crisis.

Permira VI is offering a “market” management fee and carry with a European distribution waterfall, an 8 percent preferred return and 100 percent management fee offsets, according to Oregon documents.

“While a majority of Fund VI’s investments are expected to be European businesses, the firm is gradually migrating toward a global investment mandate,” staff wrote.

The firm deployed Fund V relatively quickly. Permira had already drawn around two-thirds of Fund V’s committed capital as of December 31, according to Washington State Investment Board documents.

In August, the firm partnered with Canada Pension Plan Investment Board to acquire Informatica Corp for $5.3 billion. The firm also led a consortium of investors in acquiring eBay Inc’s enterprise unit last year.

Fund V is still relatively early in its investment period and has yet to generate meaningful returns. Fund IV was netting an 8 percent internal rate of return and 1.5x multiple as of the same date, according to Washington documents.

Oregon held about 20.3 percent of its assets in private equity as of April 30, according to pension documents. The retirement system reduced its target allocation from 20 percent to 17.5 percent last year.