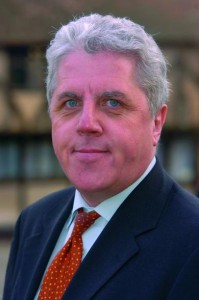 In fact, this was the largest biotech IPO in Europe since 1996 when Innogenetics listed on the high-tech EASDAQ stock exchange.

While many other companies in biotech & life sciences could do nothing more than look on enviously at ’s success in some of the toughest of public markets of recent times, this IPO has encouraged European VCs that 2008 could result in greater activity on Euronext Brussels, as the exchange joins the ranks of Copenhagen, SWIX and Vienna as natural homes for biotech’s public investors.

“Belgium has been a relatively buoyant market and the Ablynx IPO was a great success. The company is extremely well funded and managed, and the timing of its IPO was very good,” says Stephen Bunting, managing director of in London, one of the VCs that has backed Ablynx since April 2004.

“Of course we ran into the financial crisis in the markets but we decided to keep on running with the IPO,” says Ablynx’s CEO Edwin Moses. “Lots of people were pulling or delaying their IPOs, and because of that we thought we’d carry on.”

“We were delighted at the IPO that a number of existing investors actually invested more in the company. No VCs sold any of their shares at the IPO,” says Moses.

Moses cites the relatively sophisticated Belgian retail investor market as a key to part of the IPO’s success – some 10% was taken by this group of investors. “Retail investors in Belgium have a history of investing in biotech stock and it is also a question of taxation,” he says.

There is currently a zero percent capital gains tax on retail investors in public equities and not just biotech stocks. Instead, investors typically pay a nominal tax at grant of share price.

The lion’s share of the institutional investor portion went to investors domiciled in the Benelux countries, France and Switzerland, according to Moses. “We got investors from the UK, but I think everyone knows that UK biotech investors are in conservative mode at the moment. UK investors are sophisticated healthcare investors but confidence has been knocked by some disappointments in UK biotech,” he says.

He adds that the IPO could have been easily successful if it had been targeted solely to local investors, but this would have done little to develop long-term relationships with investors in the UK and the US. Ablynx marketed its share offering to investors in the US via the 144A route, which will form the basis of future marketing.

Overall, the year leading up to the Ablynx IPO was a blueprint for success that most biotech companies would no doubt wish to emulate.

In November 2006, Ablynx signed a US$212.5m exclusive worldwide research and licensing agreement with Wyeth to discover, develop and commercialise Nanobodies directed at the TNF- protein and its receptors.

Ablynx reached a second milestone in its collaboration with by discovering a second target for possible new treatments in the musculoskeletal area, announced in June 2007.

A further boost to its IPO success came in September last year when the Belgian company and announced a major global strategic alliance to discover, develop and commercialise up to 10 different Nanobody therapeutics – an agreement to collaborate jointly in the discovery of Nanobodies against agreed targets across multiple therapeutic areas including immunology, oncology and respiratory disease.

Ablynx had also conducted Phase I trials in Germany in 2007 and had set the timetable to launch Phase II trials in Belgium in early 2008.

Ablynx had raised some €70m since 2001, when it was established as a spin-off of VIB and the Free University of Brussels (VUB) and became operational in early 2002. Seed financing of €2m was provided by GIMV.

Some €40m was raised in August 2006 in a Series C financing led by new investors KBC and SR One, the venture capital arm of GlaxoSmithKline (GSK). All existing investors – Abingworth, Alta Partners, Gilde, GIMV and Sofinnova Partners – participated in the round, which was one of the largest finance rounds in Europe during 2006.

“Our philosophy was to make sure that we had a number of options available to us, either in the capital markets; our commercial arrangements with Boehringer Ingelheim that total €1.3bn; or through the use of venture debt,” says Moses.

The overall Boehringer Ingelheim deal includes €15m in equity and €60m to €70m in payments over a three-to-four year period, some of which are guaranteed while others are contingent on certain targets. Should the IPO have failed, this funding would have been sufficient for Ablynx’s stated plan, according to Moses.

“When we went on our roadshow we had €50m in the bank, which was the sort of money that many companies would be looking to raise at IPO. My advice, which other biotech companies are only too aware of, is don’t wait until you have just €3m left in the bank,” says Moses.

Ablynx follows some high-profile trade acquisitions in this space over the last year, notably the £230m cash sale of Domantis to GlaxoSmithKline and the sale of Adnexus Therapeutics to Bristol-Myers Squibb for a gross all-cash price of US$430m.

So are Ablynx’s VC backers set to profit from the wealthy pharma industry some time soon? “It is fair to say that we have been posed the question about whether we were available for acquisition. Any acquisition would have to be at the correct price,” says Moses.