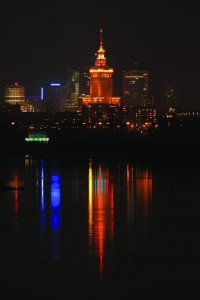 Axtone was created through the merger of two Advent portfolio companies, Kamax, a Polish maker of rail buffers and shock absorbers, and Keystone Bahntechnik, a German equivalent. Both companies were acquired by Advent in January 2006 and the two were integrated and renamed Axtone to become Europe’s biggest company in the sector, headquartered in Kanczuga, Poland.

Marcin Kowalczyk, a former senior executive at ABB, was recruited as CEO to spearhead the expansion of the company across Europe and into Asia. Turnover for Kamax on acquisition was €24m and the combined companies had a turnover of €49m in 2006. Axtone anticipates turnover this year of €70m.

Detlef Dinsel, managing partner responsible for Germany and the CEE region at IK, said: “Our intention is to apply IK’s successful buy-and-build strategy and capitalise in growth opportunities as rail networks are expanded and modernised in many countries.”

The transaction is still subject to regulatory approval and is IK’s first direct investment in the region and investment in the railway industry. The secondary buyout is the start of the firm’s plans to invest directly in Poland, Czech Republic, Slovakia, Hungary and the Baltic States, in addition to its operations in Benelux, France, Germany and Scandinavia. It is Advent’s second exit of a Polish based company in 2008.