Welcome to our quarterly wrap up issue, which could just as well be called “view from the peak.” What we saw in the second quarter, just like in the first quarter, is strong deal activity driven by aggressive GPs, and hyper fundraising boosted by hungry limited partners.

It’s all a function of the strong markets, and the increasing popularity of the private markets, to which more institutions than ever are trying to build exposure.

In this issue, readers will get a sense of just how aggressive GPs have become when trying to win a deal.

According to our cover story, written by reporter Milana Vinn, buyers will try and get in front of sellers as early as possible to try and preempt an auction. Dean Mihas, managing director at GTCR, told us one in every five processes is cut short because a buyer made a strong bid before an auction had begun.

Sources also told us GPs are putting in full equity to stand out from their competitors. That’s like buying a house with all-cash – even if your offer is slightly lower than others, the prospect of having the cash in an account on Day 1 has to be tempting. You don’t have to worry about the time lag and potential uncertainty of waiting for a financing package coming together.

We also heard that, in the high-priced deal environment, GPs and lenders have gotten more conservative when accepting certain provisions in deals that have become commonplace in the past few years.

This specifically involves earnings adjustments, which have expanded to include factors like the weather and M&A expenses.

In the peak environment, buyers and sellers are having to pick their battles.

One thing that is clear is that the good times don’t show any signs of slowing down. As you’ll read in our quarterly fundraising article, GPs have gotten off to a faster start in 2019 than last year, raising about $160 billion to date, compared to $86 billion in the first six months of 2018.

The best-performing GPs are coming back to market faster, as well as creating new products for their existing LPs to back. Add to this emerging managers struggling to raise early funds and it all makes for a super-charged fundraising environment.

We’re solidly on the peak, and we’ve been here for a while. The view is nice from up here; hopefully we don’t have to stop climbing down any time soon. 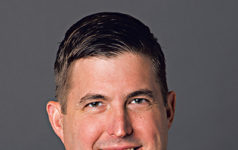 Q&A with Jason Russell on industrial adaptation and transformation