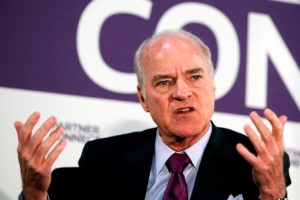 The co-investment will invest alongside of Fund III but will bear “zero incremental fees” to bring Alaska’s blended effective fee “significantly below the marketed fees for Dyal III,” according to an investment memo supporting the board’s December meeting. Alaska also gets “most favored nation status” on management fees and carry, the memo said.

The program includes the establishment of a limited partnership advisory committee (LPAC). “The Alaska Permanent Fund Corp will be given an LPAC seat, alongside a select group of thought leaders and strategic partners in the fund and this body will provide governance oversight and strategic advice to Dyall III,” the memo said.

Instead, Dyal Capital III seeks to amass up to $5 billion in commitments to take minority positions in various GPs. The investments often allow principals and managing directors at private equity firms to liquefy all or part of their positions in their respective firms.

Michael Rees, a managing director and a founding employee and shareholder of Neuberger Berman Group, also heads up Dyal Capital, according to his biography on the firm’s website.

According to an investment memo to Alaska, Dyal Capital doesn’t expect to see much competition to buy stakes in private equity firms from the likes of Blackstone Group, Carlyle Group and Kohlberg Kravis Roberts & Co, because private equity managers would not want competitors involved in traditional private equity buyouts to acquire interests in themselves.

Also, as the asset class matures, “some of the best positioned and most promising managers are evaluating taking on minority partners in order to accomplish strategic priorities consistent with their long-term business visions; such as facilitating the transfer of equity to new partners or providing capital to fund new businesses or products at the firm,” the memo said.