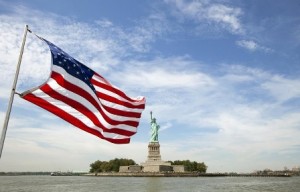 The fund’s Form D lists executives John Erickson, Samuel Flax, Mark Pelletier and Malon Wilkus. The Form D shows a date of first sale of August 5, while the 10-Q filing states that a final close of CLO Fund I is expected to occur within 90 days.

American Capital did not respond to a request for comment.

American Capital has raised at least seven CLO funds to date, including one in 2007 and six more from 2012 to 2015, according to its website. It also has a portfolio of CLOs from Ares Management, Avery Point, Babson Capital, Blue Hill, Carlyle Group, Eaton Vance, LightPoint, Neuberger Berman and others.

Its most recent CLO listed on its website, American Capital CLO 2015-1, completed a $552 million securitization in May. The pool invests in broadly syndicated senior secured floating rate loans purchased in the market, according to the firm’s website.

Overall, CLO buyers have been snapping up leveraged loans ahead of anticipated rate hikes by the U.S. Federal Reserve as a way to tap into fatter returns from bigger interest payments expected down the road, according to industry observers.