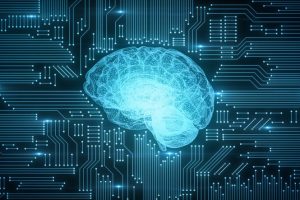 Apax Partners is looking to get in on the tech sector boom with its second digital fund, which is targeting $1.5 billion and may start investing by mid-year.

“We have a number of deals that are in the pipeline that would bring us to a much higher level in relatively short order,” Kim said in response to a question from State Treasurer Stacy Garrity. “Our general expectation is that we would have the fund deployed by about mid-year, and at that point activate the second fund.”

Fund I closed in 2017 at its $1 billion hard-cap. Fund II’s hard-cap is yet to be decided, according to a PA Schools investment memo.

Fund II is scheduled to close June 1, Kim said. Darren Foreman, PA Schools’ private equity director, told Garrity there was a fee savings for committing before the first close. An accompanying letter from consultant Hamilton Lane said Apax planned to hold a first close in May or June.

“We want to get in early to be able to enjoy a lower fee,” Foreman said.

Apax is raising Fund II amid a boom period for tech fundraising and investment. The sector has seen positive headwinds during the coronavirus pandemic, as millions of people worldwide have transitioned to working from home. Indeed, PA Schools’ board and committee meetings last week were conducted remotely.

The first fund’s performance shows a promising backdrop for Fund II. As of September 30, 2020, it had a 45.5 percent net internal rate of return and a 1.5x net multiple of capital, according to documents posted on PA Schools’ website. The fund is a 2017 vintage.

Two PA Schools co-investments with Fund I totaling $31 million had performed even better, netting a 60.1 percent IRR and a 2.3x multiple.

Once launched, Fund II will target 15 to 20 investments of between $50 million and $150 million. It will make both buyout and minority growth investments to enable opportunistic investing.

The fund will focus on tech sub-sectors like tech-enabled services, software, data & analytics, digital marketplaces, digital media and disruptive commerce. Some deals will be sourced from elsewhere on the Apax platform.

PA Schools committed $175 million to the fund. Through a spokesman, Apax declined to comment for this story.

Tech funds have seen torrid fundraising the last year or so, with big names like Thoma Bravo, Silver Lake and Insight Partners all closing big funds in 2020.