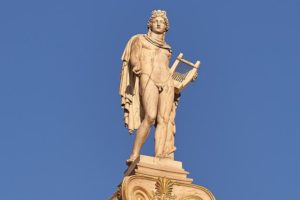 In moving into secondaries, Apollo is joining a host of other big firms that are building out capabilities to take advantage of the rapidly growing market segment. As private investment matures and grows, more investors need the ability to trade out of illiquid positions.

The equity secondaries strategy will be built going forward, now that the firm has launched its credit secondaries business. Apollo announced this week it launched the credit strategy, to be co-led by ex-Goldman Sachs executive Earl Hunt and another professional the firm will hire. The secondaries strategy is being overseen by Jim Zelter, the firm’s co-CIO and co-president.

The private equity secondaries strategy would be a separate strategy with its own leadership team, the spokesperson said. The credit strategy has about $1 billion to deploy from the firm’s insurance clients and is expected to raise a dedicated fund, the firm said in a statement this week.

Timing on the launch of the private equity GP-led business is not clear. The credit secondaries group will be opportunistic, primarily focused on buying stakes from limited partners in credit funds.

Apollo believes private credit secondaries is not a huge market, though with a lot of room to grow.

“With $100 billion to $125 billion of private debt capital raised each year, and a current estimated $500 billion of unrealized value in net asset value terms, a conservative estimate of 1-2 percent of NAV trading hands each year gives us an annual market of $5 billion to $10 billion,” Daniel Roddick, founder of advisory firm Ely Place, told affiliate title Private Debt Investor in February. “This is also consistent with what we have heard credit secondary investors tell us about the volume they have seen in the past 12 months.”

Apollo is joining several other large private investment managers in building out secondaries capabilities. Other firms include TPG, which hired ex-CPPIB secondaries executive Michael Woolhouse to launch a secondaries business focused on GP-led transactions. The TPG team is in market with its first dedicated fund, targeting around $2 billion for the strategy, Buyouts previously reported.

Ares Management in March acquired Landmark Partners in a deal valued at $1.08 billion.