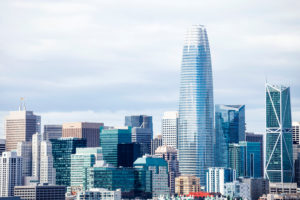 Arcline Investment Management, which last year closed one of the largest-ever debut funds, is back in market with ambition to raise even more with its sophomore effort, sources told Buyouts.

Arcline, led by former Golden Gate executive Rajeev Amara, is targeting more than $2 billion for Fund II, the sources said. Fund II is live in the market now, according to one of the sources, an LP who has heard the fund pitch.

Arcline is targeting a close on Fund II in the first quarter, the LP said.

Arcline is part of a small group of newish managers braving the slow fundraising markets to raise new funds. Limited partners are generally understood to be sticking with their established manager relationships and not enthusiastic to meet new firms. This makes fundraising especially challenging for new managers without well-defined investor networks.

The launch of Fund II is a quick turnaround for Arcline, which only closed its first fund last year. Arcline commenced operations in August 2018, according to the firm’s Form ADV. The firm started raising Fund I in October 2018, according to a Reuters report last year.

It’s not clear how much of the debut fund the firm has deployed. Generally, firms invest at least 65 percent of the prior fund before commencing raising the next fund.

In August, the firm acquired Jersey Elevator, which provides elevator maintenance and installation services in New Jersey and Pennsylvania.

First-time funds only got a small slice of recent fundraising, according to alternative assets data provider Preqin. First-timers raised $5.8 billion out of $127 billion raised between July and September, Preqin found, according to a Reuters report.