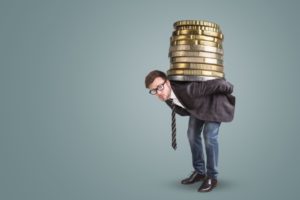 Audax Group‘s private debt arm adjusted the headline fee terms on its fifth mezzanine fund, which could lead to better LP returns, according to a presentation by Hamilton Lane to Teachers’ Retirement System of Louisiana on May 7.

Hamilton Lane also negotiated separate terms with Audax Private Debt for itself and its clients for Audax Mezzanine Fund V, which is targeting $1.5 billion.

Hamilton Lane representatives told Louisiana Teachers’ investment committee that heavy fee loads stopped them from recommending Audax funds in the past due to a wide gap between gross and net returns.

“They have charged fees in a manner that has sort of gone away from the market and that has increased that fee load,” said Hamilton Lane’s Matt Silverio. “The manager has come to understand that, and with Fund V, their headline terms were improved. In addition, Hamilton Lane was able to negotiate further due to our size with the manager.”

Silverio did not say what the new fee terms were or how they had been changed. It was not clear whether any other LPs in Fund V had negotiated their own fees as well.

In 2010, Buyouts reported that Audax Mezzanine Fund III charged a management fee of 1.5 percent during its investment period and 1 percent of net invested capital after that, in addition to a 20 percent carry and an 8 percent preferred return. These terms are pretty standard for the industry.

As of September 30, 2019, Fund III, with its generally-standard terms, changed the least, going from a 9.8 percent net IRR to 10.6 percent. It remained in the second quartile for its 2011 vintage year. Notably, the fund targeted $700 million, according to Buyouts, but raised $1 billion, according to the Hamilton Lane presentation.

The change was more pronounced for other Audax funds.

The $1.2 billion Audax Mezzanine Fund IV, a 2016 vintage, had an 8.4 percent net IRR, falling in the third quartile. But the recalculated pro forma returns gave the fund an 11.1 percent net IRR, moving it up to the second quartile.

In effect, Silverio said, the new fees cause Audax’s mezzanine funds to jump from the second or third quartile to the first or second quartile, which is “much more interesting to us from an investment perspective.”

Audax Mezzanine Fund V would look to make 35 to 40 investments in companies with between $10 million and $50 million EBITDA. Investment size would run between $25 million and $75 million. The mezzanine strategy finances private equity transactions in the middle market across a wide variety of industries.

Louisiana Teachers agreed to commit $75 million to the fund. Minnesota State Board of Investment recently committed $150 million to it as well.

Both Audax and Hamilton Lane declined to comment for this story.