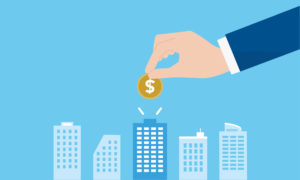 Audax Group is raising its next flagship pool in the increasingly tough fundraising markets after closing its prior fund in 2019.

With a lag time of over two years since raising its last fund, Audax could be said to be on a more normal fundraising schedule as compared with some of the frenetic fundraises over the past two years. Some heavily in-demand GPs have come back with new funds less than a year after closing the prior pool.

The projected target for Audax Private Equity Fund VII is $4.75 billion, according to a presentation the firm made to the Louisiana State Employees’ Retirement System. Fund VI closed on $3.5 billion in 2019.

Audax Group, the umbrella for Audax Private Equity and Audax Private Debt, was founded in 1999 by co-chief executive officers Geoffrey Rehnert and Marc Wolpow. Both previously held the roles of general partner and managing director at Bain Capital before starting Audax Group.

According to the presentation, the firm invests between $75 million and $200 million in mid-market companies with a total enterprise value of $125 million to $500 million. Audax’s investments focus on business services, consumer, healthcare, industrial services, software, technology and financial services companies.

The fund plans on investing in 33 to 36 platform companies, the presentation said.

Audax Group did not provide comment by press time.